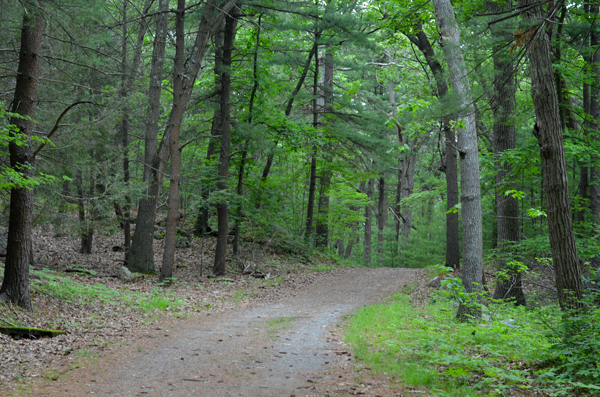 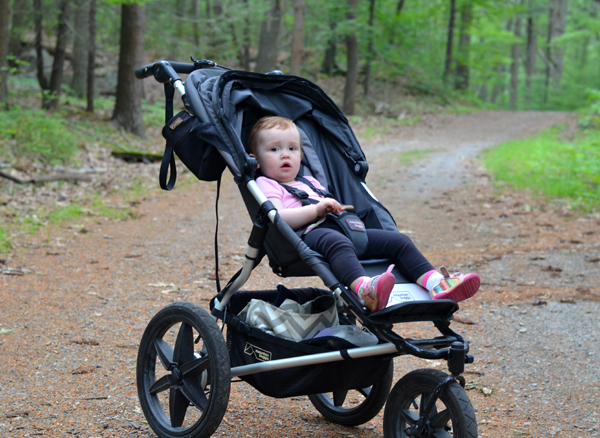 When we first moved to Boston in 2010, we spent many weekends getting out of the city for day trips and long weekends in the New England area.  Before we sort of gave up on East coast mountain biking and became mostly road-only bikers, we spent a Sunday riding the trails of the Lynn Woods.  They weren't anything like the single-track we were used to in Salt Lake and the surrounding Rocky Mountains but we still enjoyed getting out of the city and on our bikes.

And then one of us got a tick and we never went back.

Not that I think ticks are exclusive to the Lynn Woods, there was just a season change after that happened and our bikes went away for the winter (which turned into indefinitely... more on that later).  And then I got pregnant two summers ago.  And then Alice was a high-maintenance newborn last summer.  So basically our mountain bikes have been collecting dust in storage for far too long.

Lee has been jonesing to get out on his mountain bike lately and suggested we take a drive to the Charlemont trails in Western Massachusetts for the day.  After reminding him of our recent road trip experience with Alice, he agreed we weren't quite ready for another long day in the car.  So we decided to go back to the Lynn Woods!  And since my mountain bike is still in storage and in need of a major tune-up, I decided that Alice and I would pack up my Mountain Buggy and do a trail run instead.

Lee biked.  We ran trails.  And all of us arrived back to the car sort of muddy and very happy.

And without any ticks. 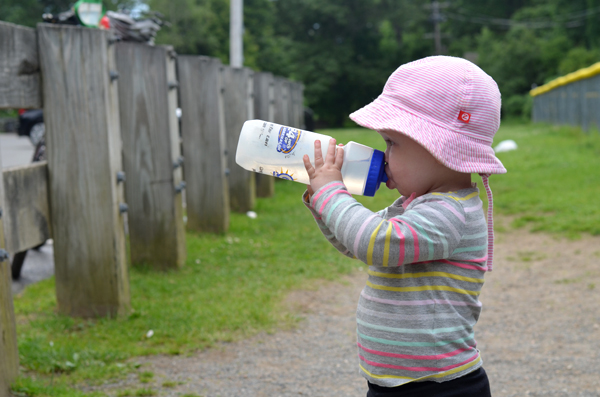 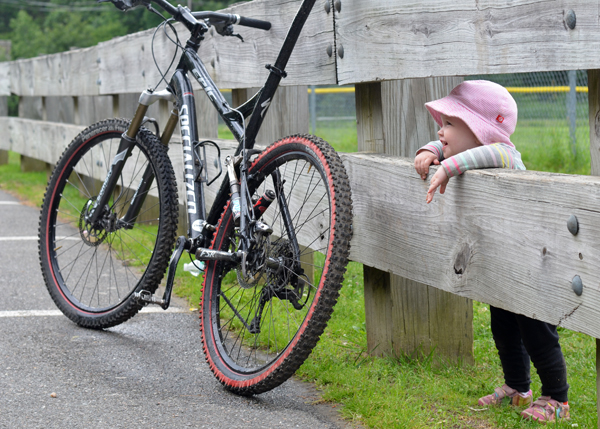