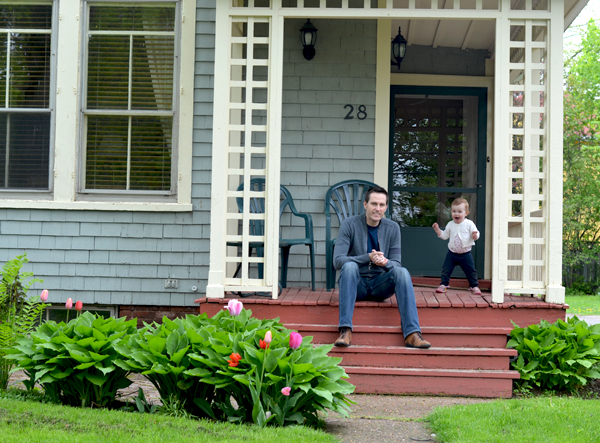 The adventure and excitement that comes with a road trip is entirely lost on a 14-month old.  The drive from Boston to Prince Edward Island is just under ten hours so when we made our driving plan we decided it would be best to do it in two days so as not to torture Alice with one long day in the car.  But it turns out that even a 6-hour day is too much for our little spitfire.

Alice was content for all of 30 minutes and then she was totally over being in the car...
We timed our driving with her naps (yes, naps plural... she reverted back to two while on vacation!) so that we could get some miles behind us as she slept.  That turned out perfectly!  It was just the other 4+ hours of that first day driving that were a little rough.  Okay, a lot rough.

Lee and I traded off driving so that the other person could entertain her with songs and toys and books.  She watched about 10 minutes of a Dora... episode before she'd had enough.  She ate countless snack cups filled with dried cereal and raisins.  We made plenty of stops so that she could get out of her car seat and stretch her legs.  And what is usually reserved for sleep-time only, we let her have her pacifier and her guy for most of the drive.  Surprisingly, with all that going on, we weren't totally off schedule and arrived in Charlottetown only two hours later than planned.

So to make it easier on ourselves for the return we broke our drive into three days rather than two, averaging 4 hours in the car at a time.  There was definitely still some whining and crying during those 4 hours but at least when we made a stop, it was usually for the day.

We made it back to Boston yesterday, safe and sound, but a little frazzled from three days on the road.  And I'm pretty sure it'll be awhile before we decide to take another road trip with a toddler.

How do your kids travel in the car?  Since we only have one car and Lee usually takes it to work, Alice spends very little time strapped in a car seat in her daily life.  So maybe that's why she doesn't love long car rides?!  Or maybe no kid does at this age... 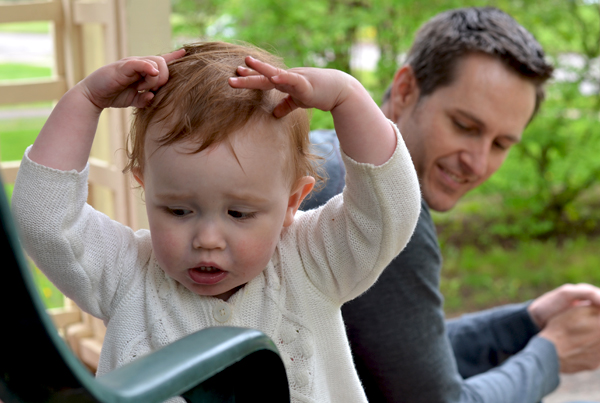 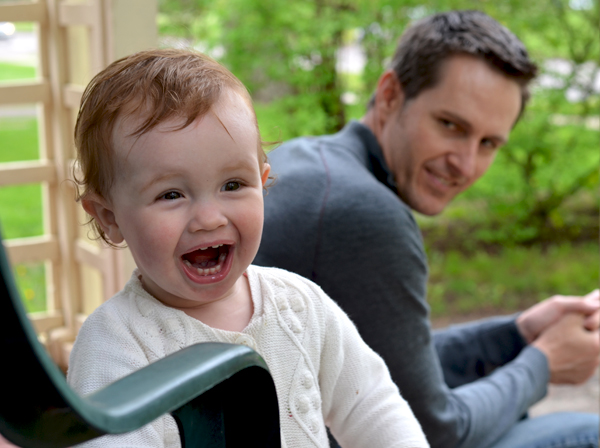