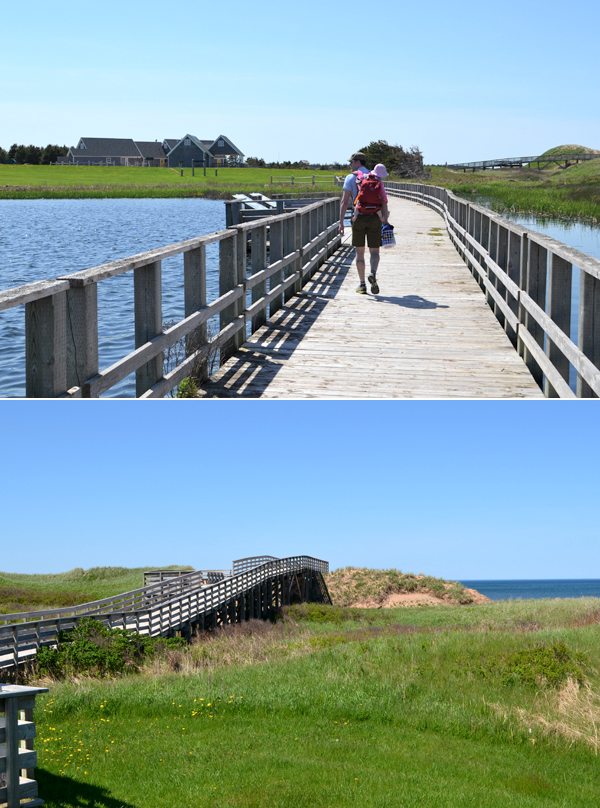 When I think of words to describe Canada, warm and island and beach aren't the first ones to come to mind.  So imagine my surprise when we drove the 40km to the town of Cavendish on the north side of Prince Edward Island to find this beautiful and remote red sand beach with calm waters and warm breezes.


The beaches in Cavendish are a part of the Prince Edward Island National Park and also include walking trails, marshes, lakes, and dunes (but, again, the public bathrooms were closed!!).  The water was far too cold for a swim but that didn't stop Alice from putting her toes in and then attempting to run from the lapping waves as they came to shore.  She definitely crashed-and-burned more than once as she made her retreat.

I imagine during the height of summer this place would be pretty crowded but, in late May, there was only a handful of people on the beach.  On the sand dune cliffs about a mile from where we were sitting, though, we counted five tour buses drive in and unload a bunch of people.  Fortunately they didn't stay long and were soon on their way to the famed Anne of Green Gables house not far from the beach in the town of Cavendish.

And one more thing.  As we were driving out of the park we came around a bend and saw a car that had pulled off to the side of the road to look at something.  When we got a bit closer I saw a pair of foxes standing on the shoulder not 15 feet from our car.  We stopped as one of them crossed the road and the other came trotting up to our car.  I immediately rolled up my window as it got within just a few feet of us and took a few pictures with my iPhone.  I looked over to the other car just in time to see the woman sitting in the passenger seat toss who knows what out her window and then, of course, the fox gobbling it down.  And then she did it again.  And again.

Her male companion looked directly at me as a look of disgust came across my face and I know he could read my lips as I said to Lee, "What are those idiots doing?!"

And then he just shrugged his shoulders and looked away.

What are your thoughts on this situation?  When Lee was doing research on beaches for us to go to, he came across an article discussing the problem of foxes in the PEI National Park that have become habituated due to people feeding them.  And those idiots were totally adding to that problem. 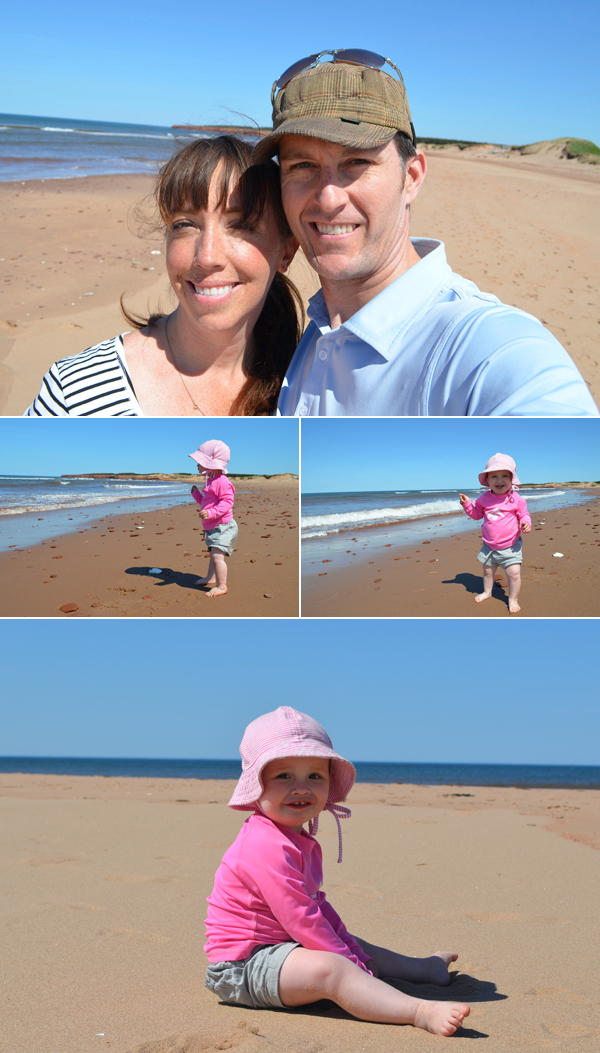 Posted by Unknown on Friday, May 31, 2013
Topics: Canada, enviro-geek, travel
Email ThisBlogThis!Share to TwitterShare to FacebookShare to Pinterest