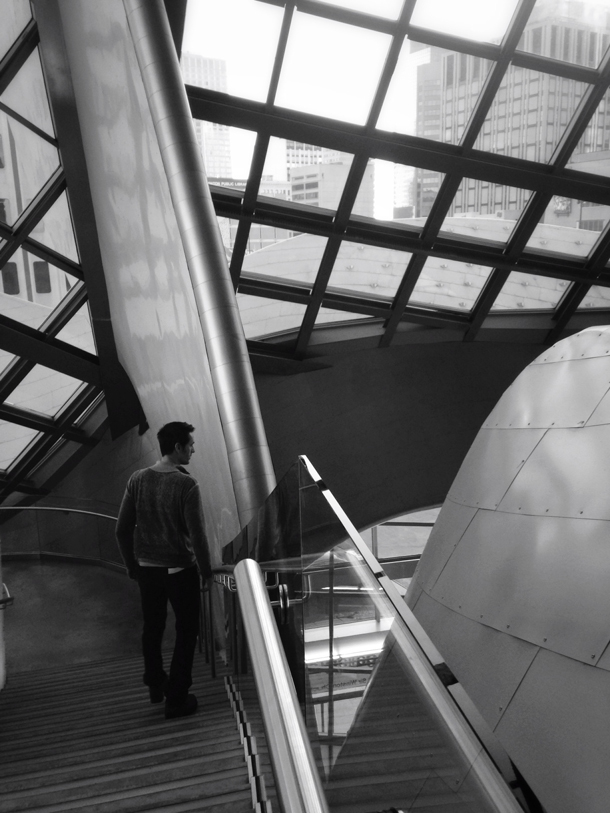 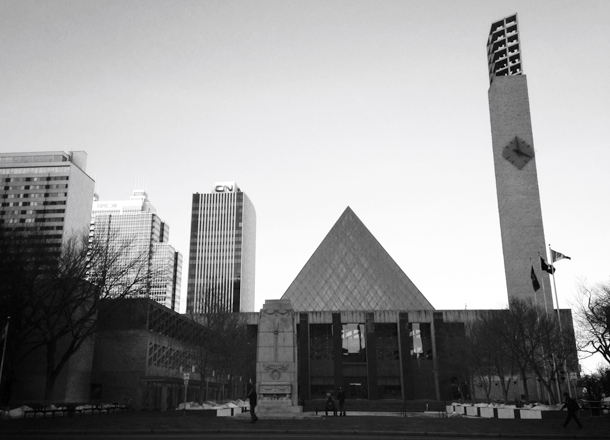 Lee and I sneaked away for our one night get-a-way on Friday afternoon just after Alice went down for her nap.  Since we knew we'd be walking all over the city and because we are nerds for public transportation, we forwent taking a car to instead take a bus into downtown Edmonton.

We stayed in the heart of downtown at a hotel called The Delta and, as we checked in, the front desk clerk asked us what brought us to Edmonton.  After Lee told him we were escaping parenthood and our toddler for the night, he upgraded us to a suite, free of charge.

We wandered around the city, stopping first at the Art Gallery of Alberta to see the exhibits and to enjoy the beautiful architecture of the building.  We walked through Churchill Square and the Edmonton Public Library where we debated whether or not the two young men dressed in suits walking near us were Mormon missionaries (I was right, they were.)  And then, after all that walking and talking, we were ready for a beer. 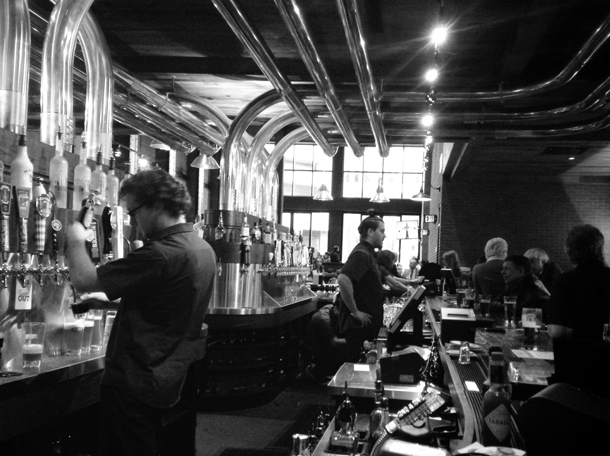 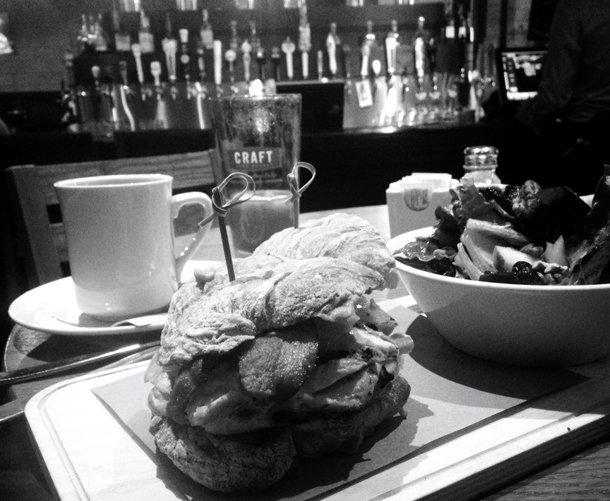 From keg to tap through those silver pipes. // Food + drink.

On a recommendation from my friend, we went to the recently opened Craft Beer Market in downtown Edmonton, not far from our hotel.  The restaurant has over 100 beers-on-tap (and 4 wines-on-tap!!) and is housed in a loft-like space with high ceilings, exposed brick and a lot of electrical conduit.

Obviously, we felt right at home.

We sat at the bar and were served by a very knowledgeable bartender who guided us through glass after glass of delicious and mostly local beers.  I had a burger with my first-ever poutine!  Lee had delicious house-made ravioli.  And for dessert, I had the Dieu du Ciel Aphrodisiaque Stout from Montreal while Lee had the Granville Island Winter Ale from Vancouver.

Craft Beer Market was so good that we went back for Saturday morning brunch.

I'm surprised I was able to talk Lee into eating at Craft again after having just eaten there the night before, but after our first Beesar (sort of like a bloody mary + beer n' clam) and his second Winter Ale, he quickly got over his embarrassment.

After brunch, we spent a bit more time walking around the city, stopping for coffee, taking in the sites and talking and dreaming about what our futures hold.  And then it was time to catch the bus back to reality and our toddler.

We took the bus to the local Legion where we met Alice and her grandparents and some extended family for an afternoon of beer-drinking and to participate in the meat draw.  I don't know what it is about me and that contest but I am unbelievably lucky when it comes to winning meat.  I'm 3 for 3!

Maybe I should start participating in contests where the winnings are more than just a rack of pork ribs.

And today, we head back to Salt Lake City.  Thank you to my in-laws for a wonderful 4 weeks!

Weekend Workouts:  None!  It's go-time for me when we get back to SLC! 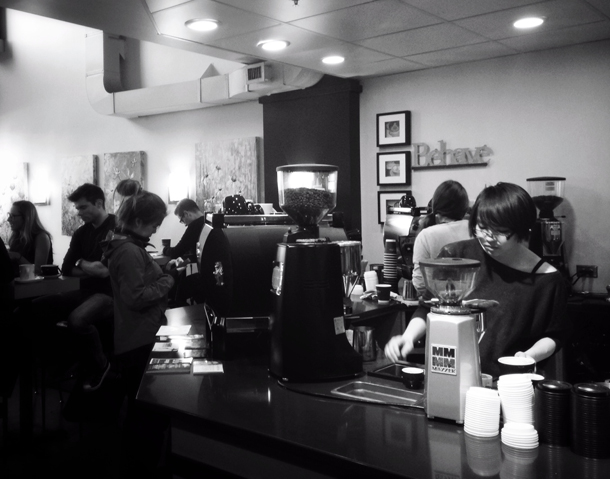 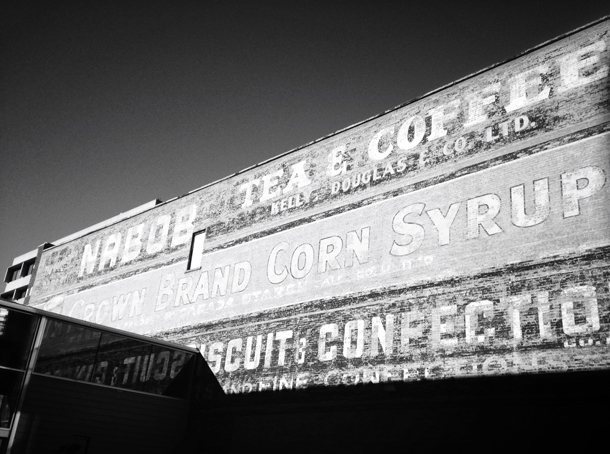 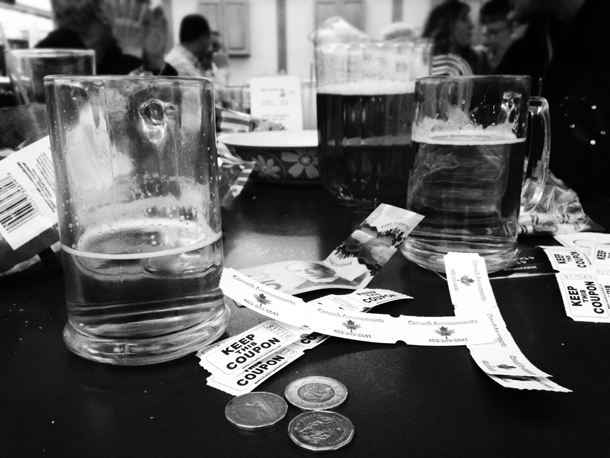