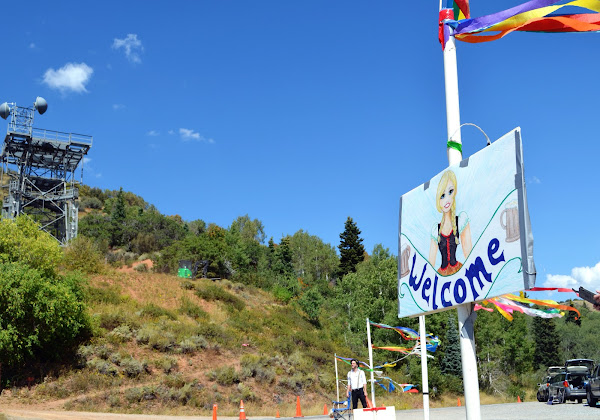 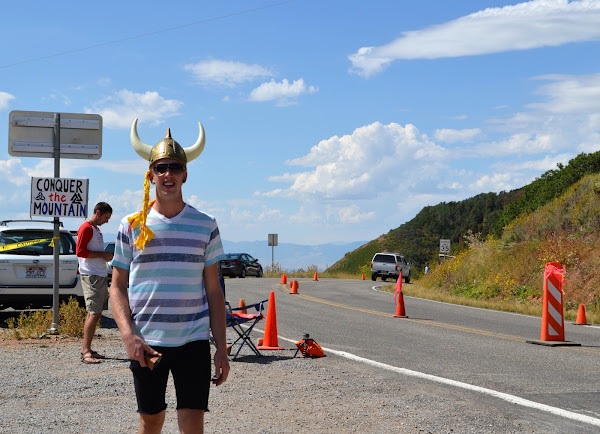 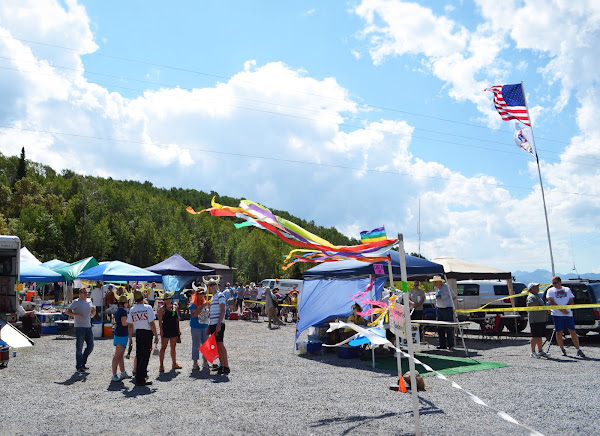 The contents of our 2 bedroom/2 bathroom Boston apartment arrived to our sort-of 1 bedroom/1 bathroom loft on Saturday morning. And we are slowly chipping away at boxes but, as you can imagine, our progress is a bit slow when Alice is around. Fortunately my mom and step-dad took her for most of Sunday so we could at least get our kitchen unpacked and functional.

Only a few dozen more boxes to go! We should have our loft resembling a home by, oh you know, December.

The highlight of our weekend, though, wasn't unpacking boxes (shocker...) but volunteering at the Wasatch Front 100-mile Endurance Race. Like I mentioned on Friday, I biked to the aide station early that morning to help set up for the first runners who came through around noon. The bike ride up to 7,429 feet with 3,639 feet of elevation gain? Surprisingly, not terrible. Although I think Alice could've walked faster than I was pedaling on those last three or so miles of switchbacks before the pass. 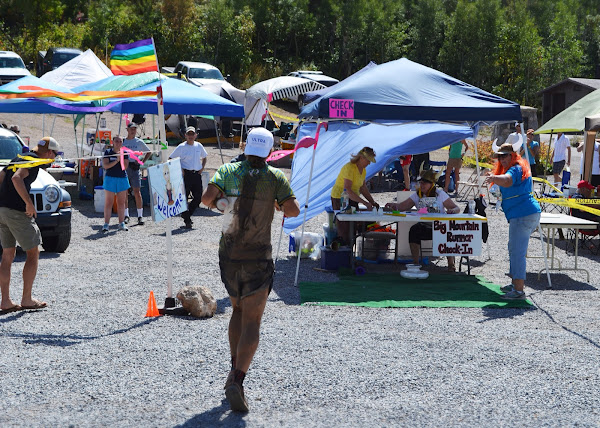 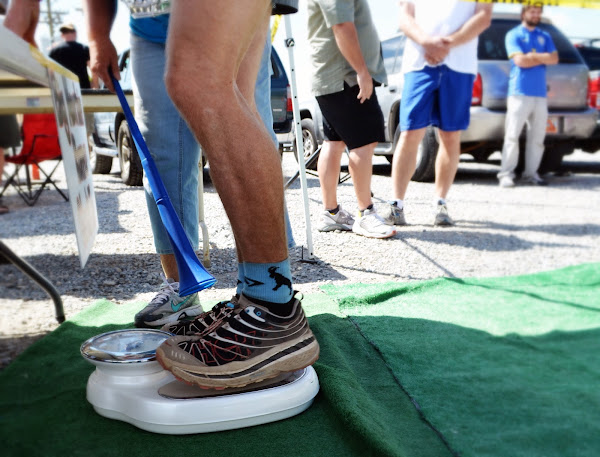 Runners are checked in & weighed & cannot lose more than 7% of their body weight to continue on.

My mom and step-dad have been in charge of the Big Mountain aide station at this race for 17 years! Every year, the Friday after the Labor Day weekend, they load up anything and everything an ultra-marathoner might need and haul it up to the 39.4 mile mark of this 100-mile trail run. Over the years it has become a family affair with my aunts and cousins joining in to help set up, prepare food, cheer on, and crew for over 300 runners. And as has been tradition since as long as this race has gone on, every year each aide station picks a theme. Because my family is a little on the zany side, their themes and execution tend to be a little over-the-top. But I've heard from many a runner (and their families) that the energy and enthusiasm and costumes and decorations of Big Mountain is the hands-down favorite of all the aide stations.

This year, with temperatures in the low 90's and a consistent wind blowing at over 30 mph, the runners were suffering and quite a few dropped out of the race when they reached our aide station. We went through 32 ten-pound bags of ice in just under 7 hours. Of course ice was going into hydration packs and water bottles but runners were also rolling ice into their bandanas to tie around their necks and were putting handfuls of ice cubes in the small pockets of their shorts to stay cool. Not surprisingly, 108 of the 331 runners did not make it to the finish line.

Of the ten years or so I've volunteered at this race, this is the hottest one I can remember. With the year that I attempted to run it being a close second.

Wind and heat and elevation AND 100 miles of trail running? No fun at all. 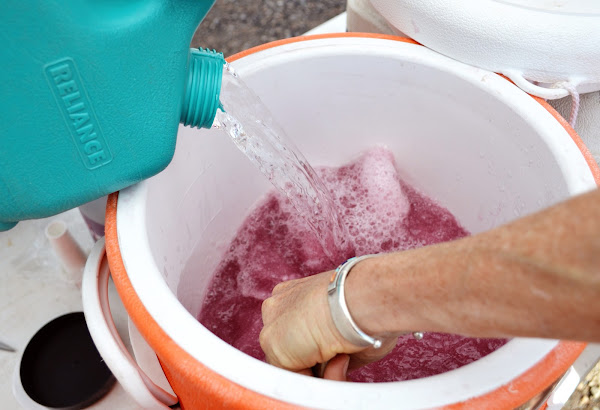 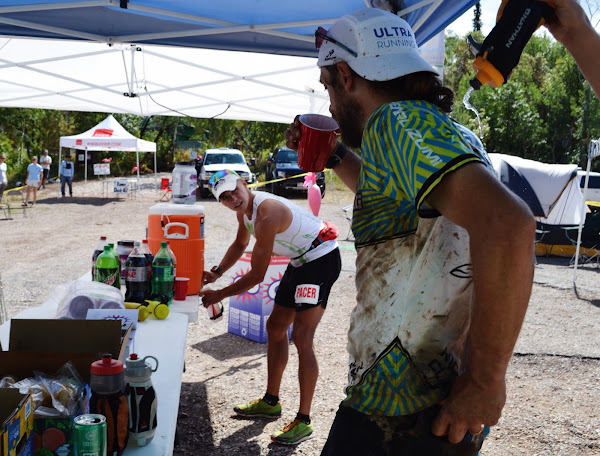 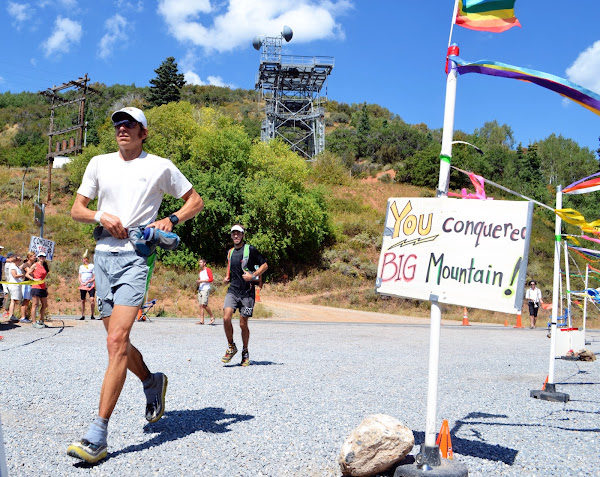 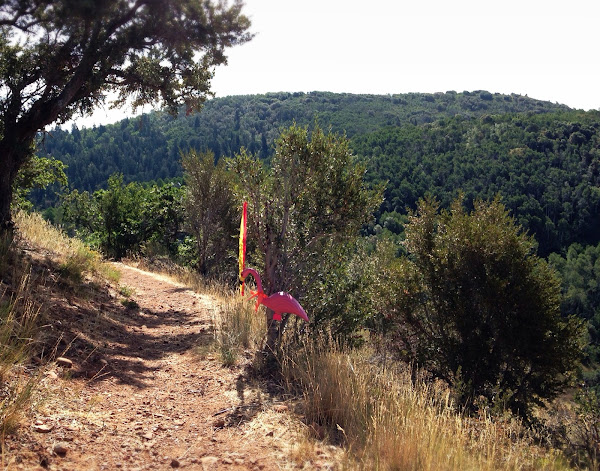 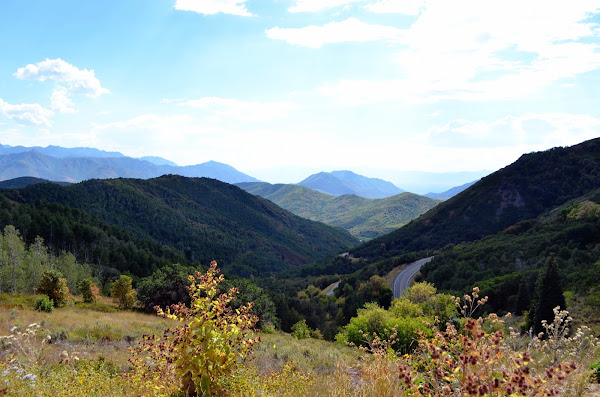 Gallons of electrolyte drinks! // Nick Clark, the eventual winner of the race // Arriving runners // Flamingos on the trail are a Big Mtn tradition // Looking out over East Canyon and those switchbacks! Ouch.

Weekend Workouts: None! Unless you count moving and unpacking a whole bunch of boxes as a workout...