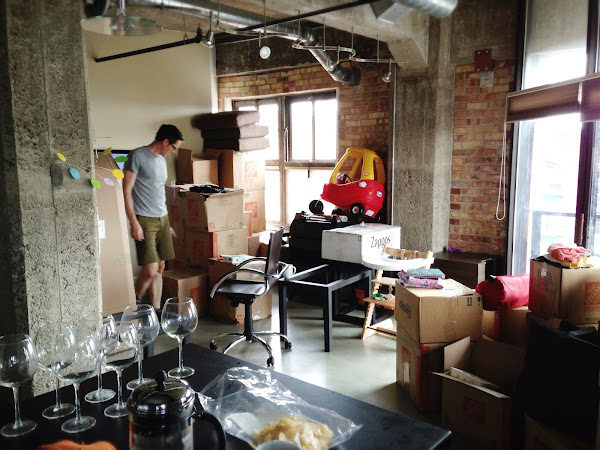 To be unpacked on the left.To storage on the right (and a massive car Alice received as a gift).

It has becoming shockingly apparent over the past few days that we have way more stuff now than when we did living here three years ago. The weird thing is, it didn't feel like all that much when we packed it into boxes back in Boston. Obviously, we had a kid which added to our belongings and since we hope to have another one sometime soon, we've held onto all of her things to use for round two. So Alice's things, plus my things, plus Lee's things, plus six bikes between the two of us makes for a bit of a storage problem.

We do have a storage unit in our building to hold those few boxes of baby things and seasonal stuff like snowboards and such but space is already at a premium in there and the whole thing needs a go-through before we put even more in it.

I felt like I did a decent job purging for this move and since we've started unpacking, I've gotten rid of even more. It feels so good to watch those bags of things leave our loft, freeing up tiny amounts of space as they do. I'd just rather not have that stuff than live in the chaos of clutter.

I should add something about sanity to that, too.

P.S. This afternoon we are meeting with the cabinet guy at his shop to see samples of materials and drawings for both our bathroom vanity and hallway closet + bench! Stay tuned for photos. 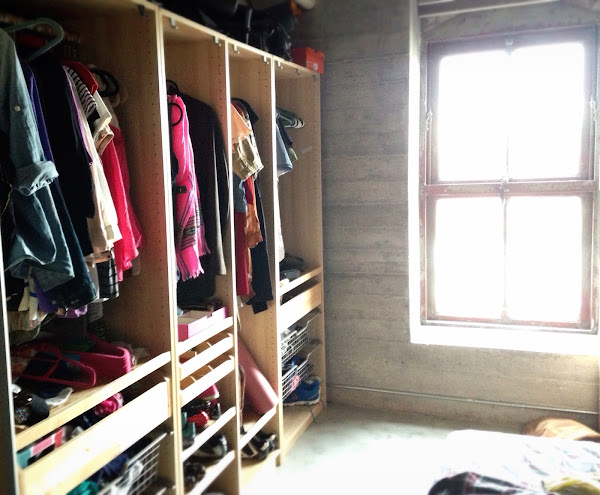 Our closet will remain door-less until we've painted and installed the movable wall.