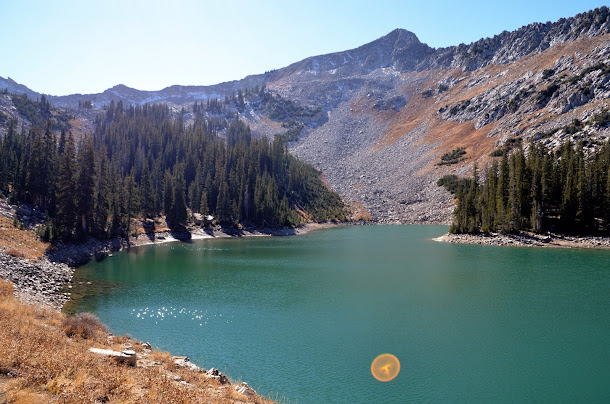 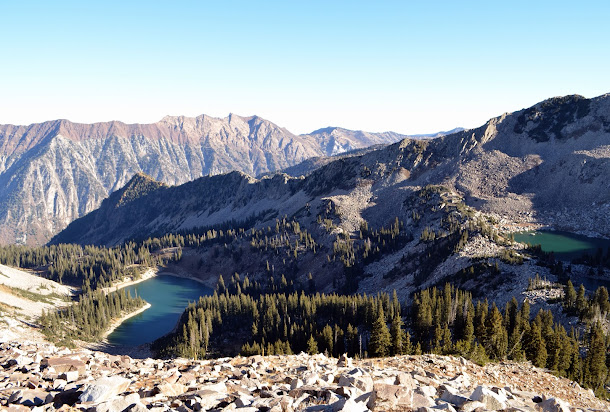 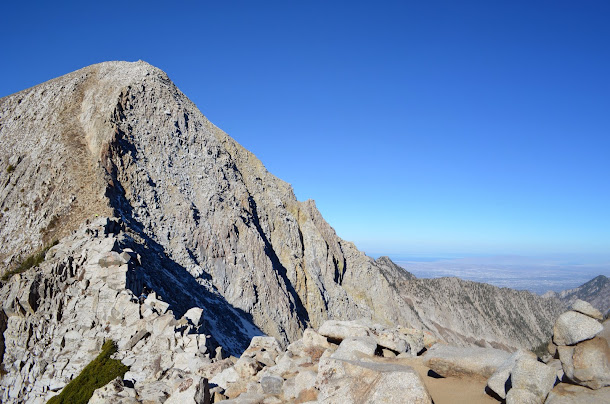 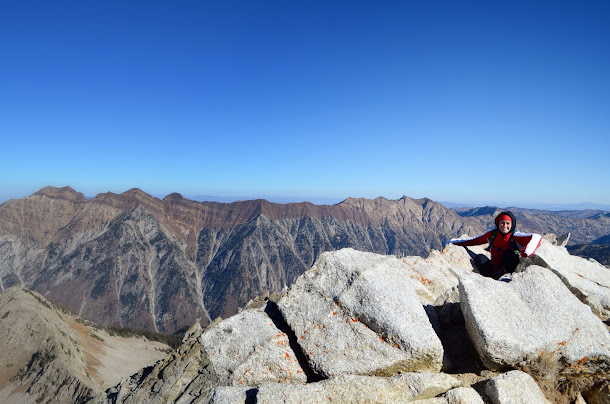 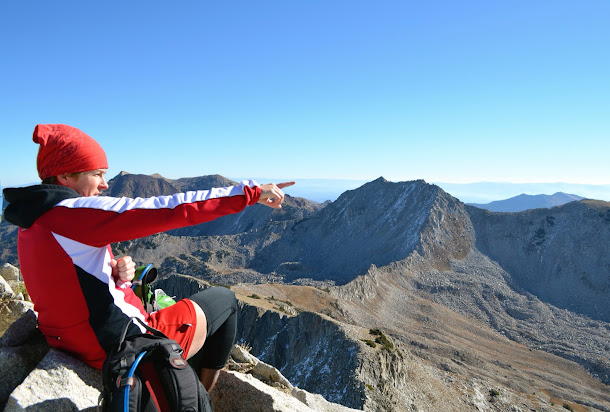 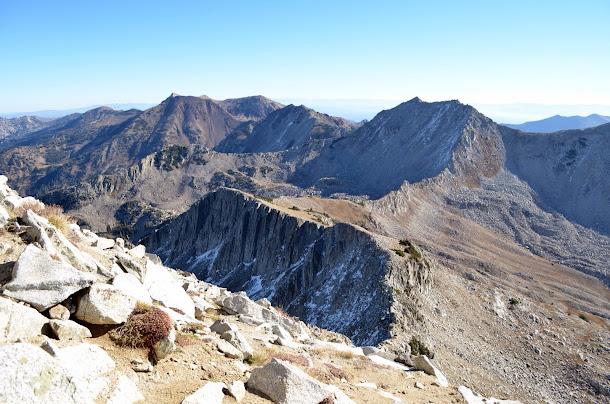 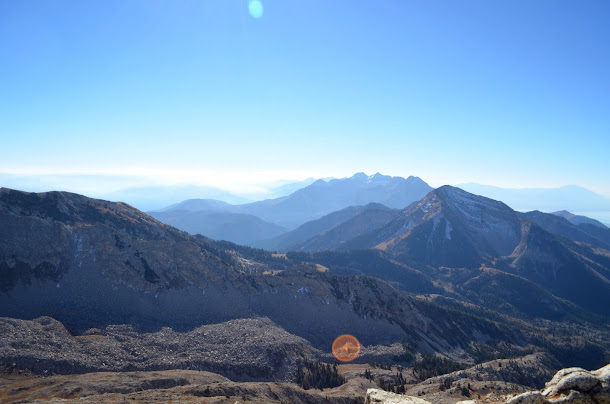 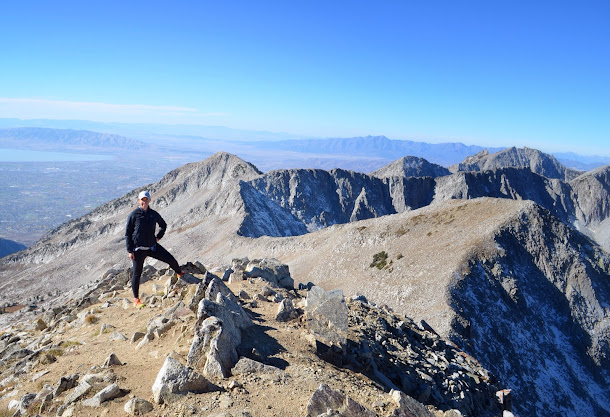 Views from our hike. If you look closely at the 3rd picture down, you can see the knife edge and a man wearing a bright yellow jacket, to help put the size of the mountain into perspective.

Judging by the overload of hiking pictures I've posted today, the highlight of my weekend was obviously summiting the Pfeifferhorn on Saturday. It was unreal out there! I dropped Alice off at my mom's house early Saturday morning so that I could meet my friends and be on the trail just as it was getting light. We chose to hike the Pfeifferhorn from the more popular Red Pine approach but, because it was late October and the temperature was just above freezing, we didn't see anyone as we made our way to the lakes.

I had talked to a few friends and had done enough research that I was adequately freaked out by what is known as the "knife edge" portion of summiting Pfeifferhorn. One of the people hiking with us didn't help my anxiety at all when he told me that he had tried to do this hike earlier in the summer and had stopped at the knife edge out of total fear.

So I basically spent the three or so miles to that section in a cold sweat.

As we gained the ridge leading to the summit, though, two spry teenage boys came bounding down the trail and assured us that there was no snow or ice on the knife edge and that the gusting wind hadn't been a problem as they crossed it. After they continued on their way my friend and I joked that we should probably take what two 17-year olds say with a huge grain of salt since, because of their young age, they are probably completely fearless.

The knife edge turned out to be scary but not as bad as I thought it would be. We took it slow, planned our route and made it across the approximate 400-meter section of granite boulders without any problems.

The ascent up the chute wasn't nearly as daunting as it looked and, after making it up the short scramble to the 11,320-foot summit, we were treated to beautiful 360-degree views of the Wasatch mountains, Utah Lake, and the Salt Lake Valley. As we rested on the summit, enjoying a snack while trying not to get blown off the mountain, I kept saying, "We live in the coolest place ever!"

On Saturday night Lee and I stayed out late at a friend's house drinking and eating while watching the Utah vs USC football game (go Utes!) and then on Sunday we met up with another couple and their kids for an afternoon trip to the Planetarium.

And now it's time for me to buckle down and focus on that peer interview I have tomorrow. Eek! 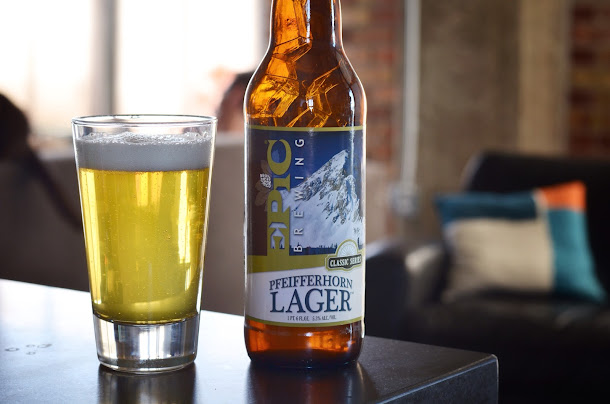 Naturally I came home and drank this beer immediately after that hike...