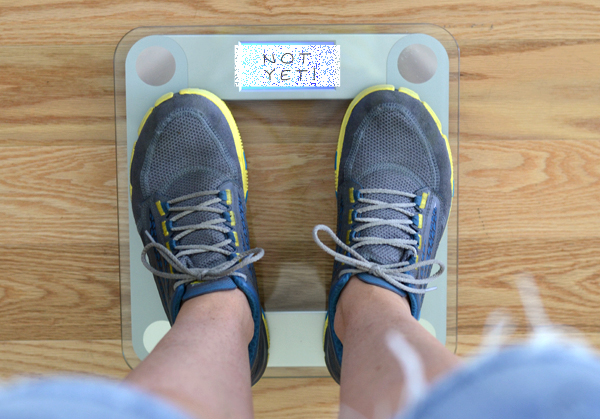 I've decided that I'm going to tell you guys how much I weigh.  Lately I've been weighing myself more regularly and, like most women, I often get discouraged by the number I see on the scale, which is ridiculous because I am actually happy with how my body currently looks.

Why is it that women put such emphasis on that number?

It's been a long time since I've fixated on weight to determine my happiness with how I feel about my body, but what I remember about those days 10+ years ago was that so much of how I felt about myself that day was dictated by that silly number on the scale and whether it was up or down from what I thought it should be.  At some point I realized that number didn't matter at all and I got rid of my scale and only weighed myself once or twice a year when going to the doctor.

And then I had a baby and decided it was time to get a scale again.

For the most part, I'm glad I did!  Those first few months after having Alice, it was a big self-esteem boost to see those 40 weeks + 6 days of carrying a baby melt off my body.  But then I started CrossFit and my weight loss slowed down, plateaued, and then crept up slightly as I gained more muscle.  And I started obsessing all over again about that number on the scale despite the fact that my body was getting leaner and stronger and smaller than it has been in years.

So instead of obsessing over my number, I am going to share it with you in hopes it will inspire you to stop worrying about how much you weigh and start focusing on how you feel in your own skin.  By no means am I saying my body is perfect, I just think we could all be a little nicer to ourselves when it comes to how we look.  And if you are unhappy with what you see in the mirror, do something about it.  You have the power to change how you look and feel about your own body.

P.S. Here's what I looked like the day I delivered Alice and then 3 weeks later and 11 months later! 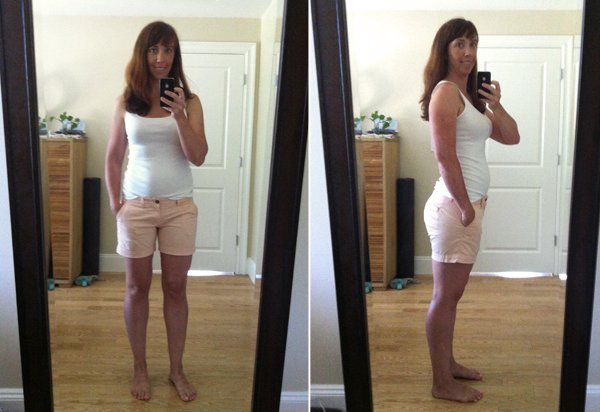 Do you weigh yourself regularly?  Does anyone but you (or your doctor) know how much you weigh?  I've known Lee for over six years... and I just told him for the first time this morning how much I actually weigh.  It was liberating!
Posted by Unknown on Tuesday, July 30, 2013
Topics: post-baby, workouts
Email ThisBlogThis!Share to TwitterShare to FacebookShare to Pinterest