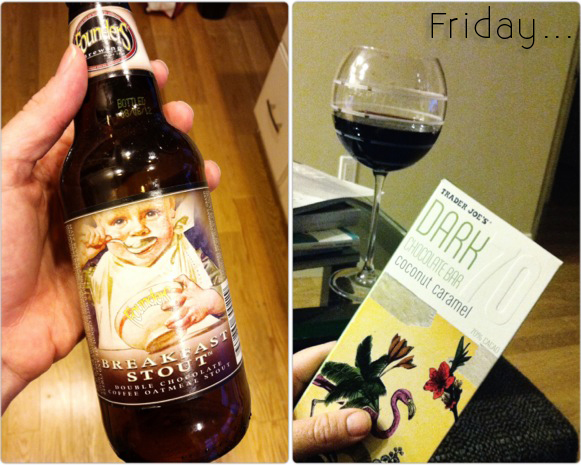 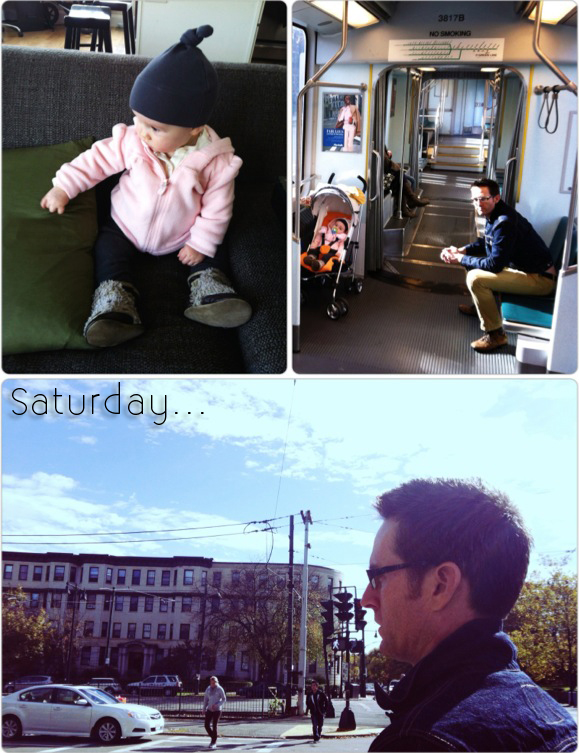 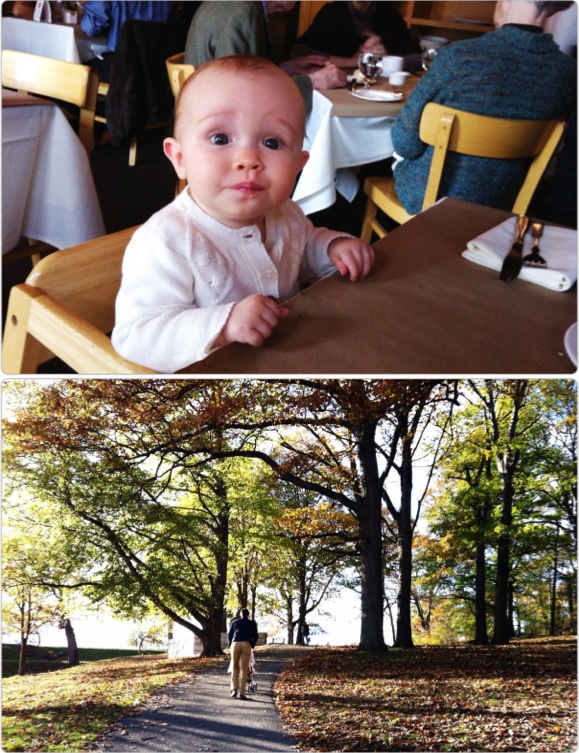 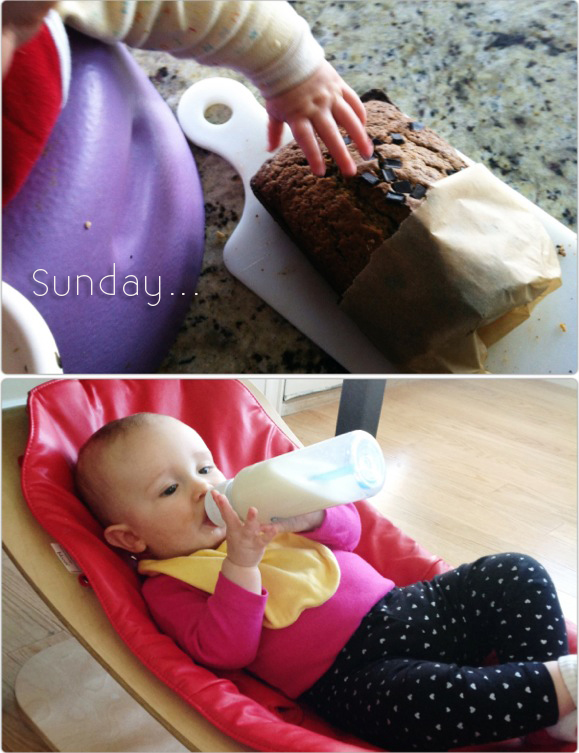 Friday:  Happy hour at home with a Breakfast Stout.  Dinner and a malbec.  And then chocolate.  The day always ends with chocolate.
Saturday:  Outing into the city.  And then a late lunch at the Fireplace.  Alice was so well-behaved and had no meltdowns!  She was so good that two different parties commented on her behavior as they left the restaurant.  We nodded and told them it must be our stellar parenting when in reality it was probably the handful of french fries we gave her.
Sunday:  Little hand trying to sneak a piece of pumpkin bread.  Alice showing off her bottle-holding skills.

And who is excited for Election Day tomorrow?  I sure am.  Not only am I excited to vote but I am excited for all this political bullshit to be over.  I can't imagine living in a swing state and being bombarded with political ads every second of the day.

Right now, most of the polls show that Americans expect President Obama to win the election.  And I am really excited about that.
Posted by Unknown on Monday, November 05, 2012
Topics: exploring Boston, iPhone photography, politics, weekends
Email ThisBlogThis!Share to TwitterShare to FacebookShare to Pinterest