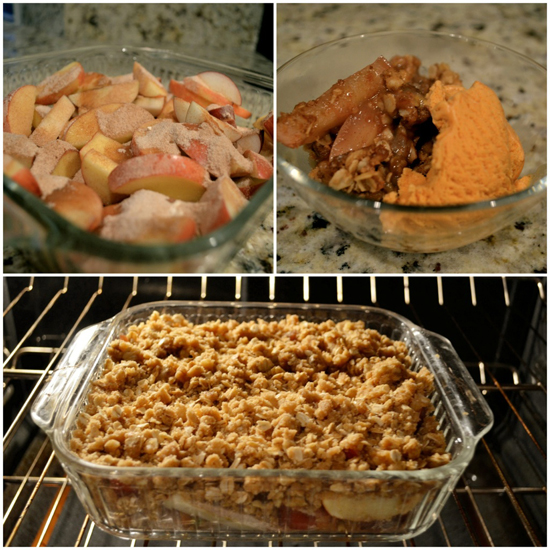 I made a delicious (and easy!) apple crisp last night.  Since I didn't think Lee and I needed a whole twelve servings to ourselves, I cut the recipe in half and made a smaller portion more appropriate for two people (when you see the butter content of this recipe, you'll understand).  The smell of this baking is unbelievable.  Cinnamon!  Brown sugar!  Butter!  It says to serve with vanilla ice cream, but I had to compromise with a creamy pumpkin ice cream instead.  It was so delicious.  Tastes just like fall. 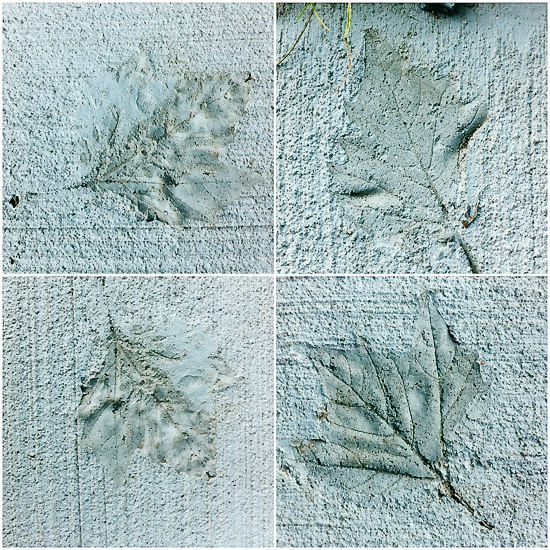 I went for a walk early this morning and, while walking, I noticed these beautiful leaf imprints on the newly laid sidewalk on Beacon Street.  How appropriate for this time of year!  I don't think they were intentional but I'm glad the men who put the sidewalks in didn't try to smooth them out.  They add such character to an otherwise boring concrete walkway.

Wouldn't it be fun to do these imprints on your driveway or walkway up to your front door?  I think so!

You should totally make that apple crisp!  I followed the recommendations of a few reviews and added half the amount of water (some suggested cutting it out completely) and I doubled the topping (who doesn't love that crumbly topping?).  The 'sauce' had the consistency of caramel = perfection!