Creative in the kitchen. 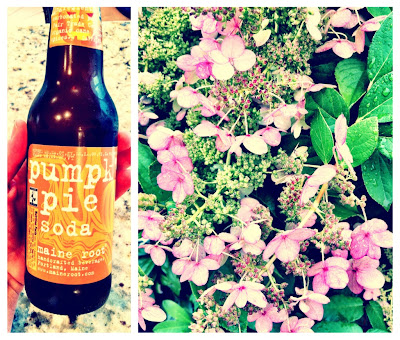 I'm still feeling that creative and domestic itch.  But having to work tonight is putting a damper on getting my creativity flowing as I have to go take a nap right away.  Damn it.  If I don't nap, though, I'll be a hot mess running around the E.R. later.  No one wants to see that.

I had some 16-week blood work drawn this morning and, after that, I walked in the misty and damp weather to Whole Foods for some groceries.  When I walked in, the first thing I saw was what looked like a delicious pumpkin beer but, upon further inspection, it wasn't beer but PUMPKIN PIE SODA!!  With NO caffeine!  So of course I bought some.  And it's pretty damn good.  Spicy.  Pumpkin-y.  Creamy.  Totally worth the probably $7 bucks I paid for four bottles.

I also spotted a mix-in boxed pumpkin quick bread that looked divine (I am totally the sucker that buys those things they put right by the front door of the store... damn their creative marketing).  If I had the time (and all the ingredients), I'd love to make this bread from scratch.  But if this boxed mix is delicious, why bother? 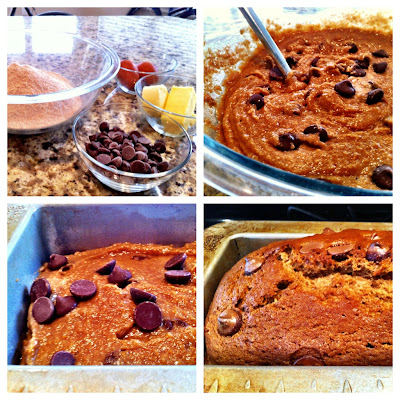 Do you ever use boxed mixes for baking?  Sometimes.  It's just so easy to make a cake or brownies from a box!  I used to make wheat bread from scratch but I haven't since we moved to Boston.  Why?  Pure laziness!
Posted by Unknown on Thursday, September 29, 2011
Topics: baking, foodie, oh baby, R.N.
Email ThisBlogThis!Share to TwitterShare to FacebookShare to Pinterest