The Jetta had a little problem this week.  I think having lived in So Cal made my little turbo diesel a little soft.  Lee took my (our) car to his convention earlier in the week and parked it in an outside lot at the hotel where he was staying.  I guess it didn't like the dip in temperatures (it is usually garaged when it's not being driven) and, after a few days out in the cold, it decided not to start.  A couple of jumps later, Lee was back on the road but we were obviously in need of a new battery.  Luckily I have a husband who is super handy with fixin' things (so hot) and changing a battery was no biggie for him.  Last night we took the T to AutoZone and got us a new battery... and shortly thereafter, the Jetta was up and running again.  Hallelujah! 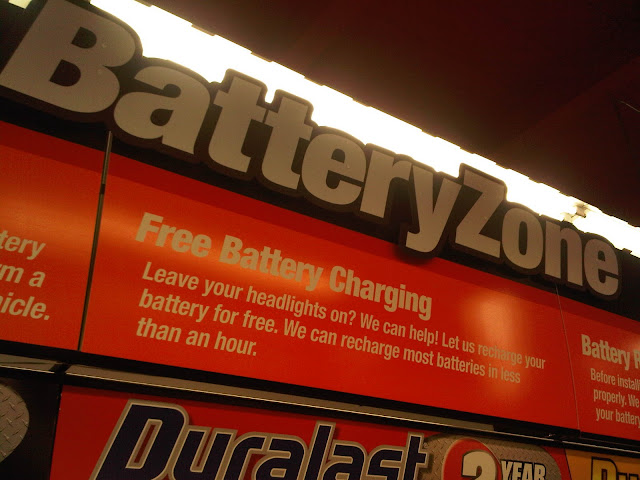 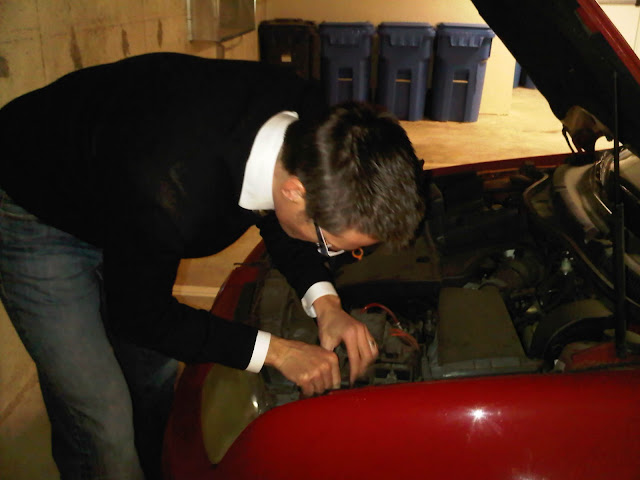 (Not only can he fix things, he looks good doing it!)
I had this super good dinner planned but since we had to jet off to the auto parts store when Lee got home from work, I shelved that dinner plan and made Chili Mac instead.  Chili Mac is amazing.  Take 2 boxes of organic Mac & Cheese (make according to package directions) and 1 can of vegetarian chili (add it in after the Mac is made)... and VOILA!  It's like an organic version of Hamburger Helper.  So I was making up a batch of Chili Mac, the macaroni was cooking away... and then I opened the can of chili... and it wasn't chili.  It was BAKED BEANS!  Sick.  So we settled on Mac & Cheese with a side of baked beans.  As I handed it to Lee we both laughed and he said, 'It looks like prison food.'  I wasn't offended as this is probably the worst meal I have ever made for him.  Gross. 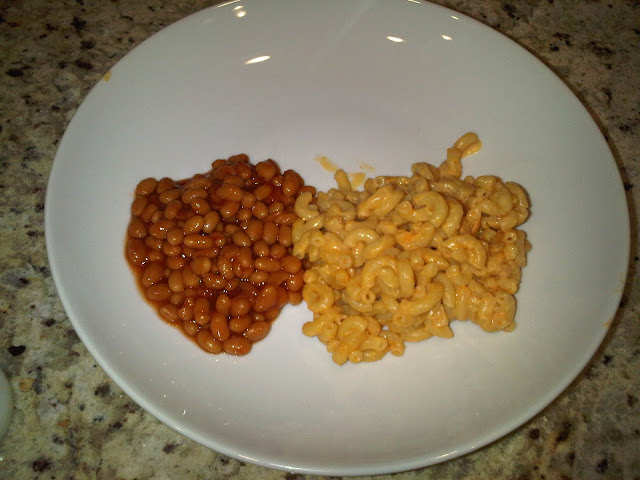 (I imagine this is how much of America eats on a daily basis.)
As I expected, today's run was amazing thanks to my spankin' new shoes.  Since I loathe 'out-and-back' runs, I made a plan of how I could do a long run and NOT have to backtrack the same streets on my way home.  I ran down Comm Ave, thru the Public Garden and Boston Common, by Government Center, thru the North End and around Boston Harbor.  When my Garmin hit 10 miles, I meandered over to the T stop at the end of Newbury Street and made my way home on the train.  Perfect and no backtracking to be done! 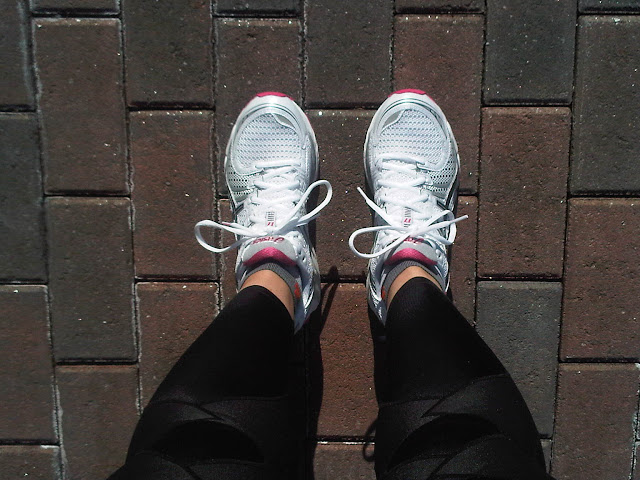 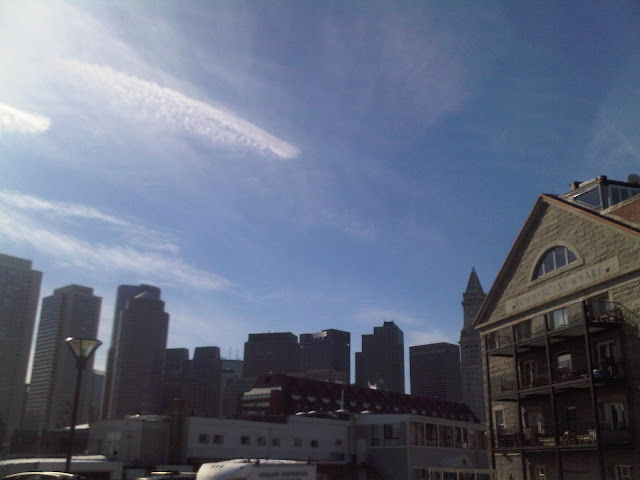 (City view from Boston Harbor.)
I wish I could be excited that IT'S FRIDAY but I can't.... because I work both Saturday and Sunday.  Blah.  Such is the life of working at a place that NEVER closes.  HEY BOSTONIANS!!  Don't get sick or get in car accidents or get knifed or get run over by a car this weekend, mmmmmkay??  Keep the E.R. quiet, mmmmkay?  Thanks. Love, Nurse Bri. 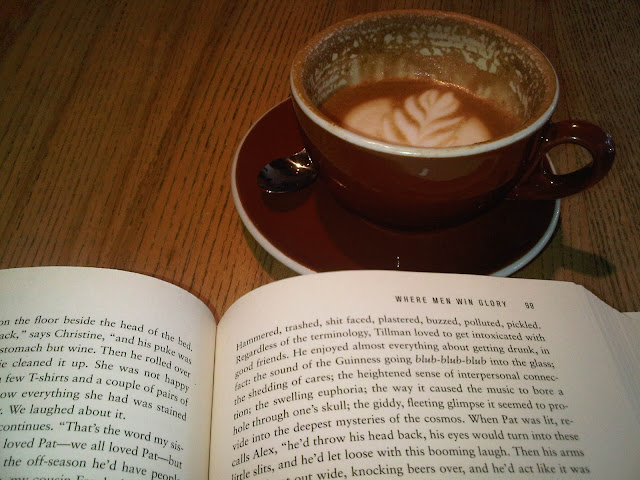 (Spent the afternoon with a book & another latte from Cafe Fixe.) 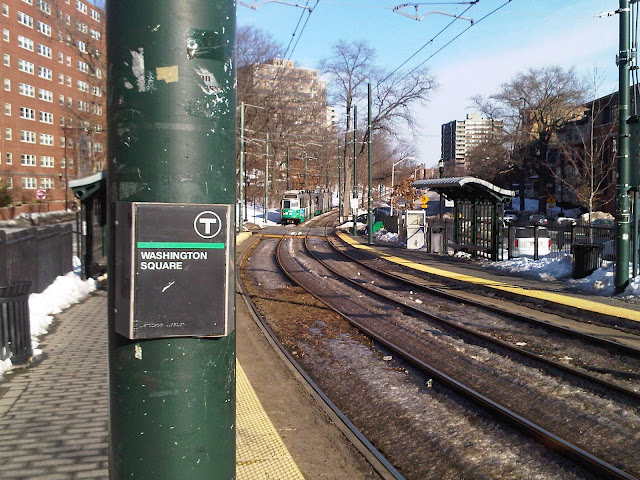 (Now that I have a CharlieCard, I'mma takin' the train e'rywhere!)
What are YOU doing for the weekend?  Let me please live vicariously thru you.
When planning your runs, do you plan routes to prevent boredom?  I can't STAND out-and-back routes and will go to great lengths to avoid doing them.  My routes MUST be enjoyable or I don't see the point.
Garmin stats: 10 miles/1hour 18 minutes.  Up, down, and around downtown Boston.  'Twas a gloriously sunny day, but cold, of course.  No shocker there.
Posted by Unknown on Friday, February 11, 2011
Topics: exploring Boston, Garmin love, husband, running
Email ThisBlogThis!Share to TwitterShare to FacebookShare to Pinterest