So I'm going to play a little game.  Amanda from Runninghood tagged me to do a 'getting to know you' post.  I'm going to list 7 things you may not know (or not care to know) about me... if you're not interested, just don't read it.  I won't be offended (it could be reeeeeally boring).

1.  My mom is an identical twin.  When she and her twin get together, they get CRAZY!  It must be something about being in the womb together/sharing a placenta that made them as nutso as they are. But I love them both! 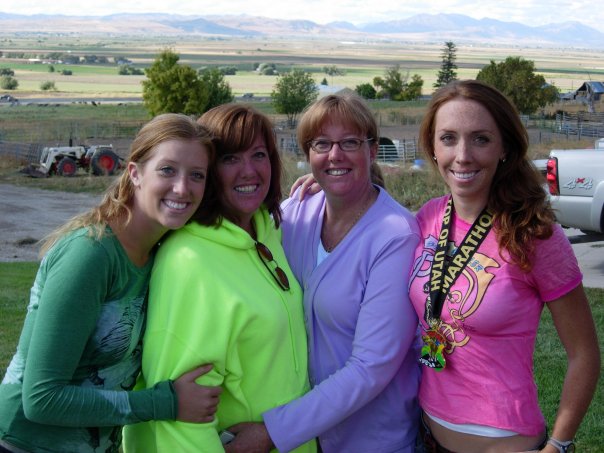 (Kristen, Jan, Mom, me. We're a little bit country)
2.  I learned to ski when I was 3 years old. Before that, when I was just a baby, my dad carried me on his back in a baby backpack while he skied down the hill (maybe that explains my brain damage? I kid. I kid.) 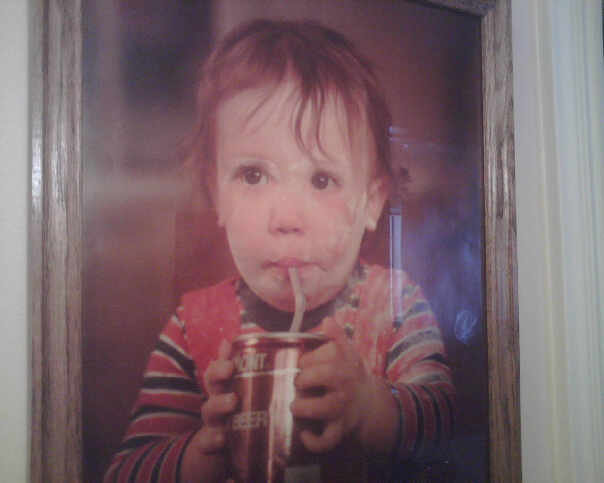 (Not a skiing picture, but a cuuuute baby picture of me!)
3.  When I was a freshman in high school I was on the track team... and we came in first place at the State meet and I was also on the medley relay team that broke the state record at that same meet (I was faaaaaast!)  But then I quit the track team because track practice cut into my 'hanging out with friends and trying to be cool' time. Duh. 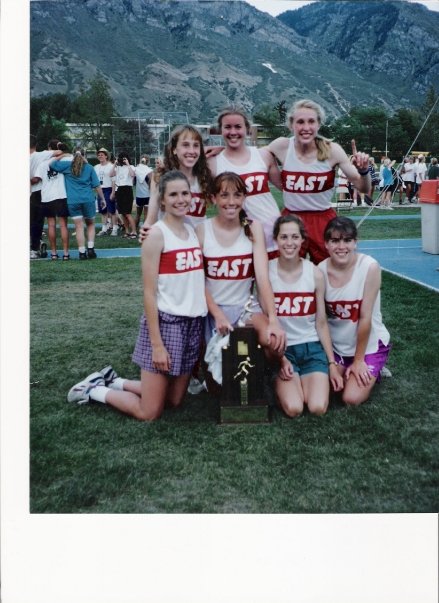 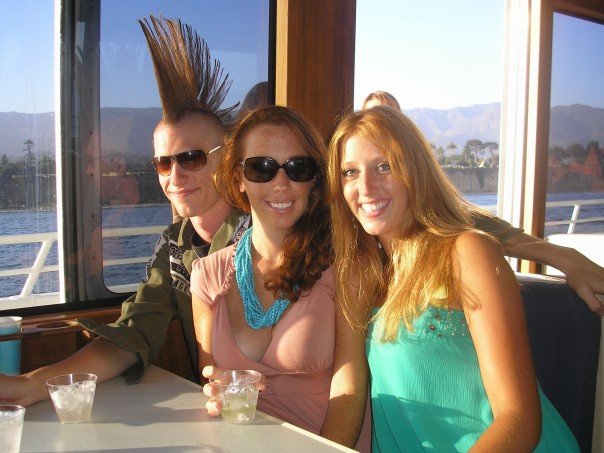 (He really is a gentle giant.)
5.  I remember when I knew I was in love with Lee.  And I knew I was in deep.  We took a mountain biking/camping trip to Jasper National Park in Alberta, Canada.  It was a week of pure bliss... because of the awesome mountain biking in Canada, of course.... No, seriously.  I realized on that trip that I was with a great guy and that I should hold onto him for a while.  I'm glad I did. 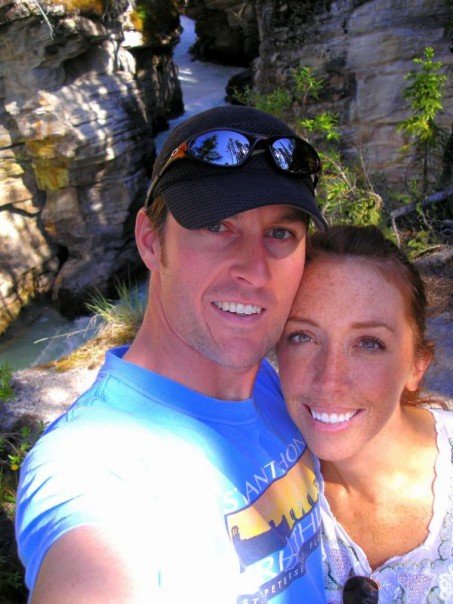 (Athabasca Falls. Jasper National Park. June 2007.)
6.  Lee and I had a very non-traditional wedding.  No bridal party.  No groomsmen.  No veil.  No wedding 'colors.'  No church.  No wedding cake (we had cupcakes).  But we did have one 'traditional' thing.  An OPEN BAR!!!  Of course. 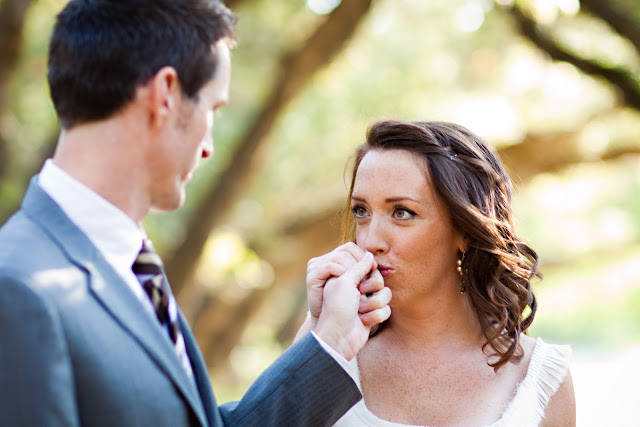 (It was purely magical.)
7.  Um.  Um.  Um.  What else?  Hmmmm.  Oh ya.  I have a lazy eye.  But I can control it.  If you ever want me to show you, I will.  It's freaky.  And no, I'm not posting a picture (hello, blackmail?!?)
Phew.  That was tough.  Now I'm supposed to 'tag' 10 other bloggers to do the same post but I'm just going to ask ANYONE willing to do it to go for it.  It's fun.  And difficult, actually.  Maybe we should have someone who knows us well write it for us?  Now there's an idea....
Posted by Unknown on Wednesday, January 12, 2011
Topics: random factoids, sheer boredom
Email ThisBlogThis!Share to TwitterShare to FacebookShare to Pinterest