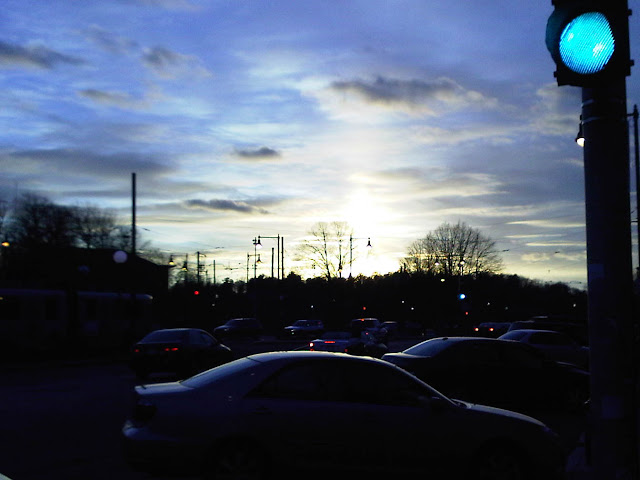 Driving in this city is IN----SANE!  I mean, I've been driving for over 15 years and, after driving here in Boston, I feel like I got my license yesterday.  I think growing up with the 'grid system' of SLC put me at a TOTAL disadvantage for driving in other cities.  As genius (and creepy) as it is to map your ENTIRE city in equal-sized blocks around the Mormon temple, it also makes for difficult driving when faced with, say, an address WITH NO EAST OR WEST OR NORTH OR SOUTH attached to it... just 'blah, blah, blah Washington Ave.'  Now for those of you (if there are any of you) reading this who are NOT Utahns you're probably like 'shut up, it's not that hard' but when you're driving around a city like Boston and you're on a street called 'Chestnut Hill' and then you drive 2 blocks and all of a sudden that SAME STREET is now called 'Market Street'  and, oh wait, now Market Street is going to magically change into a ONE-WAY street and you have to veer off to a side road so that you don't kill someone... it leads to sheer confusion for a girl who grew up with ADDRESSES THAT MADE SENSE! Then add the crazy Mass-hole drivers into the mix and it's a hot mess.