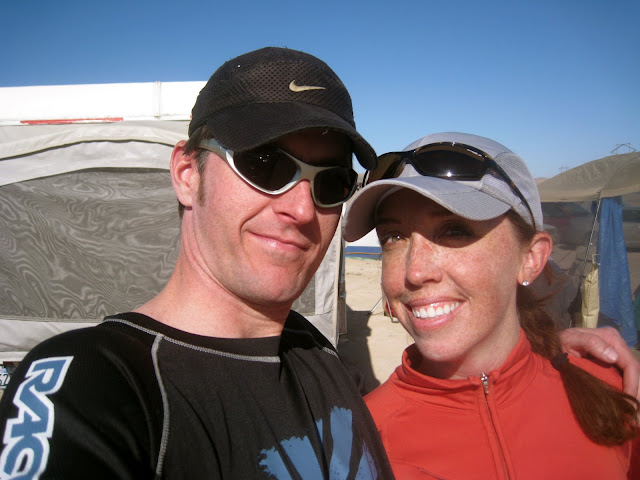 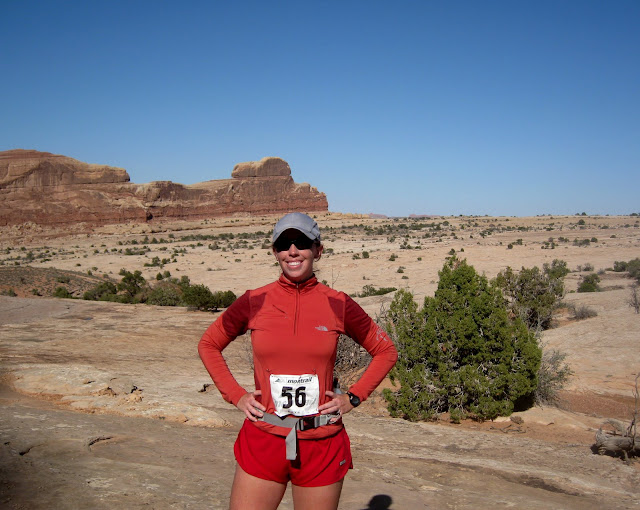 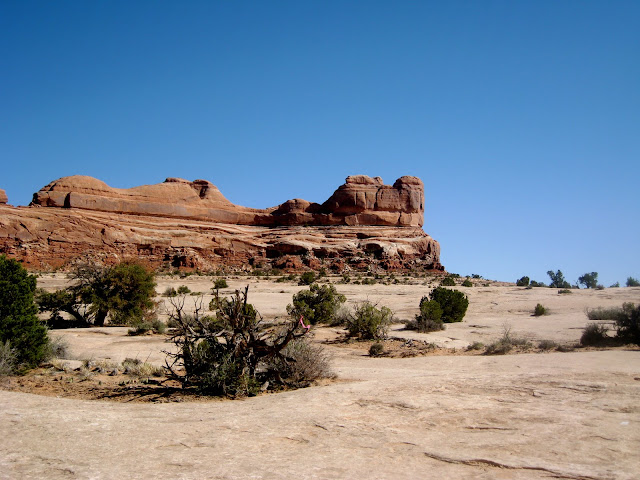 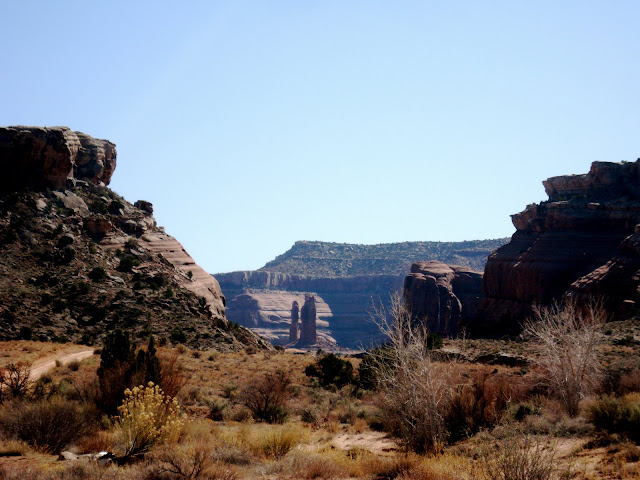 So the Wasatch 100 Endurance Race is in less than four months (eeek!) and my training is coming along nicely. I've been doing a lot of trail running here in the Santa Monica mountains and at the end of March, I ran the '24 Hours of Moab...the Run!' and boy, was it fun. I know that doing 'endurance running' wouldn't be considered 'fun' by most people but I absolutely love it. There is something about being out on the trail all by myself, pushing my body further that is thrilling to me. I want to ensure that I have a successful and enjoyable Wasatch 100 experience so I did the 12-Hour solo Moab race in March and I have another endurance-type race in June.

The Moab race was a great experience for my first time running more than a standard marathon (for those of you that don't know, a marathon is ALWAYS 26.2 miles). Lee and I drove down from Salt Lake City on Friday for a very early morning start time on Saturday morning. We arrived at the starting area for the race at about 5:45 a.m. and it was FREEZING but beautiful out there. The starting (or transition) area was in a dirt parking lot and people set up their 'camps' on the perimeter like circled wagons. Lee set up our camp while I ate some 'pre-race' food and tried to stay warm. After a quick info session and pep talk from the race directors, the race began! The race was on the 'Merrimac and Monitor Trail' just a few miles outside of Moab and the scenery was spectacular. The looped course was a total of 5.8 miles that ventured through canyons, across slick rock, down riverbeds and eventually back to the transition area. The race directors were smart in trying to stave off the monotony of a looped course by having the runners do their odd laps one direction and the even laps the opposite direction. Brilliant!

For my first four laps I only stopped long enough to check in at the transition point and to fill my water bottles and then I was off on another lap. During my fifth lap, I got so HUNGRY!! Lee and I had ordered an extra pizza the night before to eat during the race and it was DELICIOUS! At some point during lap 3 or 4 I fell (like full-blown yard sale-type fall) on the slick rock and my elbow pretty much broke my fall. The slick rock isn't the most forgiving when skin, or material for that matter, is rubbed against it and I had a ripped dry-fit long sleeve and a bloody elbow to prove it. Fortunately, it wasn't a more severe injury and I pressed on even though it stung like a b*tch!

On my sixth lap I started to notice 'hot spots' on my feet which can only mean one thing.... blisters. I had done a few long runs in the trail shoes that I was wearing but after 30+ miles, blisters are inevitable. I changed into a new pair of socks and my street running shoes and went out for another lap. The shoe and sock change helped tremendously but my feet were still pretty beat. Also, running on slick rock is like running on cement which is murder on the feet, ankles, and knees. I pressed on, running when I could and walking when I had to and, after eight laps and 10 hours of running, I was done. I had an allotted 12 hours to run as many laps as I could do but with my feet as torn up as they were and my ankles and knees aching from all of the pounding on the slick rock, I decided to call it a day. My longest run in training for this race was only about 20 miles so I had more than doubled that in my race!! Rather than risk further injury by doing another lap, I patted myself on the back for having completed 43 miles and chalked the whole thing up to experience for the next race.

Surprisingly, I wasn't as sore as I expected. Don't get me wrong... I was SORE, but no more than I am after running a marathon. I think the elevation variation in the course and the different surfaces that I ran on plus the varied pace helped with lessening the soreness. My feet were mangled and I had some chafing issues in unmentionable areas but overall, I felt great. Emotionally I was soaring!! I was so proud of myself for having completed that race and going beyond the goal I had set and suddenly, the Wasatch 100 seemed doable. I am doing two races in June - the Wasatch Back Relay (thanks for inviting me, Alta!) and the 24-Hours of Laramie, Wyoming where I am actually going to do the 24-hour solo race... which means running all day and (gulp) ALL NIGHT! Wish me luck!
Posted by Unknown on Tuesday, May 26, 2009
Topics: my future, running, ultras
Email ThisBlogThis!Share to TwitterShare to FacebookShare to Pinterest