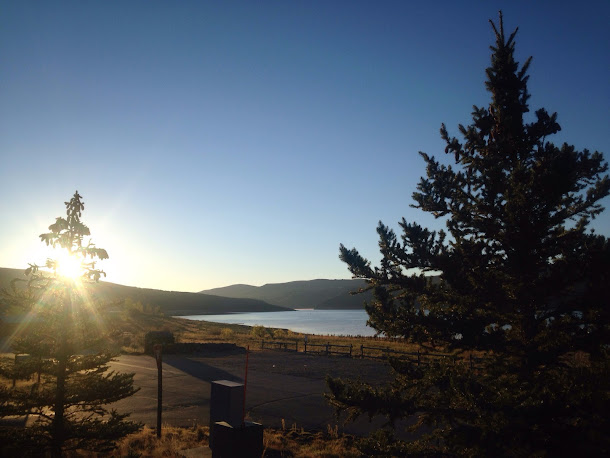 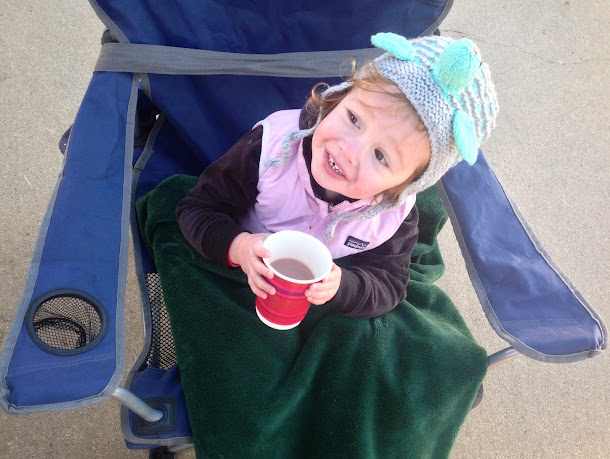 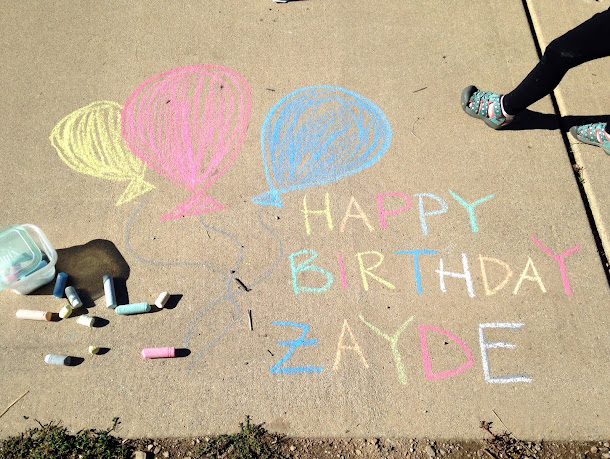 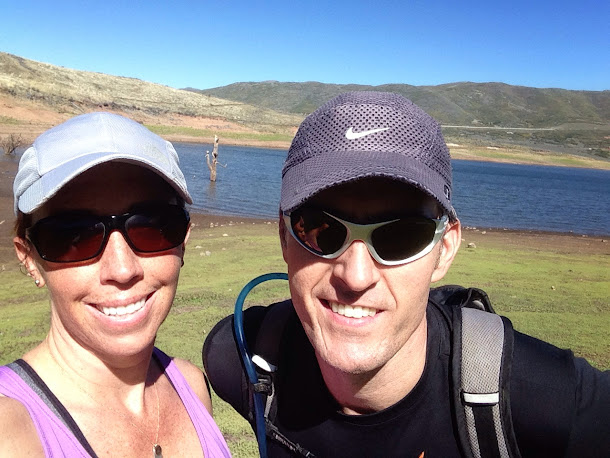 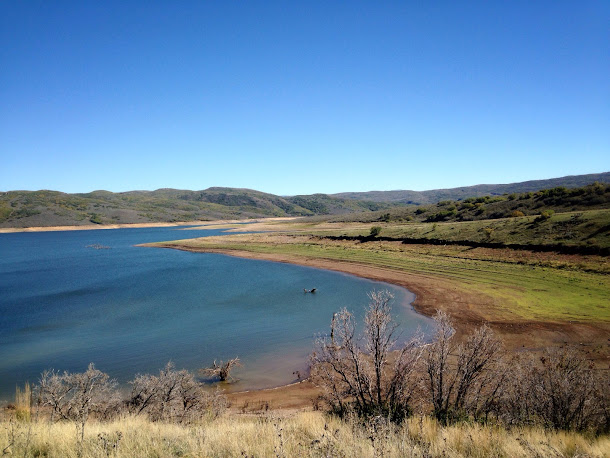 Saturday was our fifth wedding anniversary and we spent it camping with Alice and my parents. Sort of strange to spend an anniversary with your parents/in-laws, but to be fair, it was also my step-dad's birthday on Saturday so we decided to hold a joint celebration together on the shores of the Jordanelle Reservoir.

Fall camping was gorgeous! The colorful leaves were a spectacular backdrop on the mountains surrounding the reservoir. The weather was chilly in the mornings, though, with frost-covered tents and visible breath but lucky for my family, I am a self-proclaimed master fire-starter and had one lit before the sun was up in the morning and before the sun went down in the evening (can you hear that horn?! Toot, tooooooooot!)

My mom enjoyed helping Alice eat her first s'more! And Lee and I enjoyed our first tastes of Fireball Cinnamon Whisky.

Wow. It's like liquid cinnamon hearts (obviously, I'm in love).

Lee and I did get some time by ourselves while my parents took Alice to ride the famous Heber Creeper train. We went for a trail run around the reservoir in search of something called the Perimeter Trail (we never found it) but we did find beautiful and remote views of the rolling hills and the sparkling water.

Happy 5th anniversary, Lee. I can't imagine my world without you. 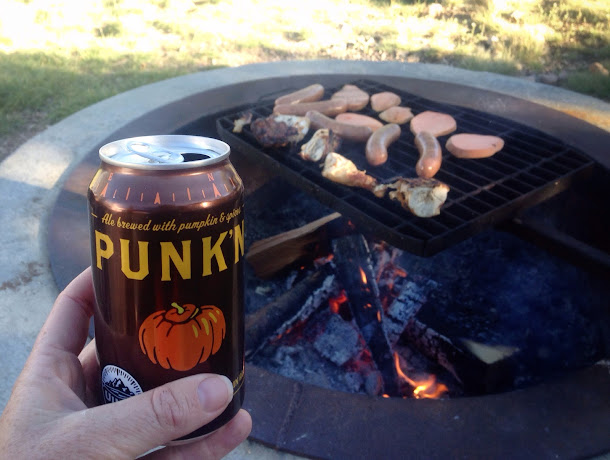 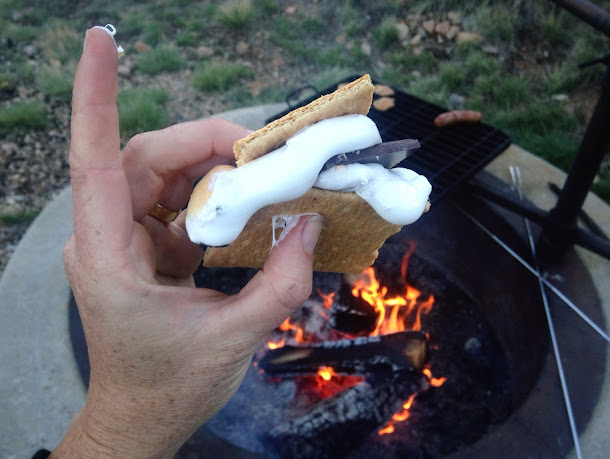 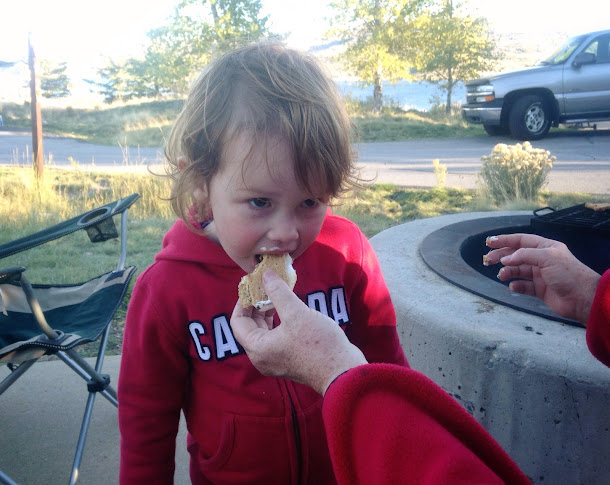 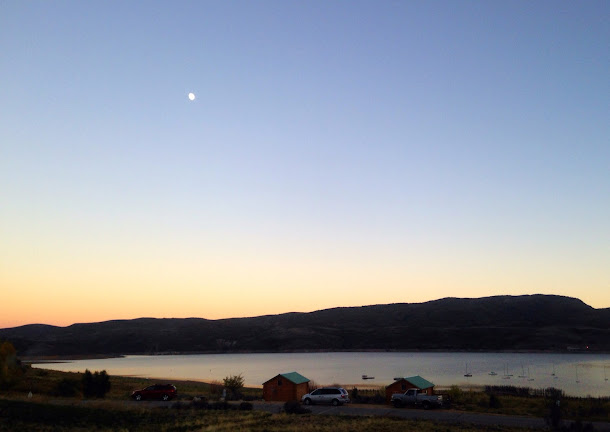 Meals cooked over the fire and Alice's first s'more! // The bright moon over Jordanelle.