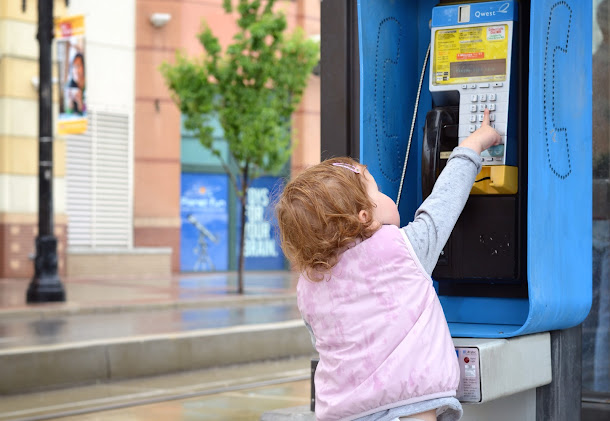 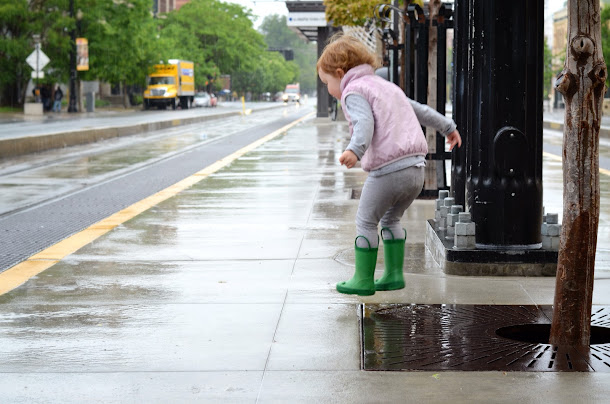 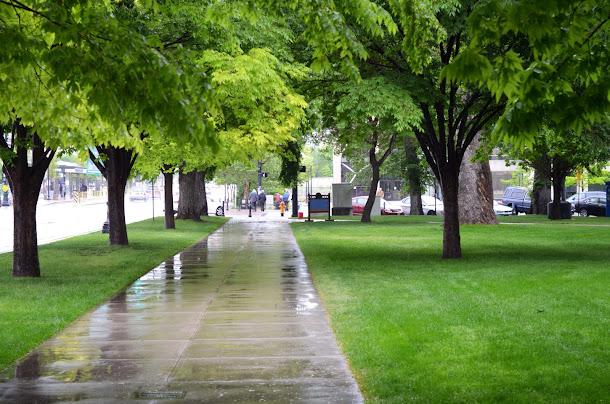 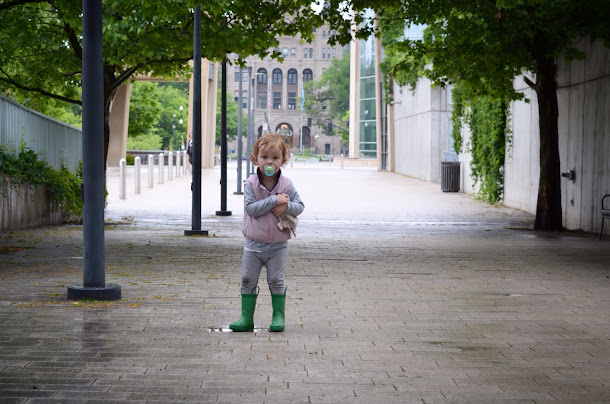 Train ride in the rain to the SLC Public Library. Memorial Day weekend.

Two of my downtown mom-friends are moving out of the city. I should be more clear: They are the only moms I know living downtown (unfortunately SLC isn't known for it's urban families). One mom is moving back to Canada and the other is moving to a house a few miles from downtown.

Until I find another urban mom, I am a lone wolf in the city.

Their departures have me thinking about why Lee and I chose to live small in an urban setting when we could very well follow their lead (and the lead of most American familes) and move into a bigger home. Is a free-standing house outside of the city necessary after having children? Does more space somehow equal easier living? Are backyards required after becoming parents?

Living in less than 1,100 square-feet in a downtown loft isn't without its challenges. OF COURSE. But I'm questioning whether following the American dream of living larger is the answer to an "easier" life. Despite both of us choosing not to work at this time, we are by no means destitute. And yes, if we wanted to, we could sell our loft and put that money into a bigger home not far from the city. But, until our living situation becomes unsustainable, there is comfort with living well within our means and I'd prefer to keep that comfort in our bank account rather than moving out of the city and into a larger home.

Plus I wouldn't be able to stand the amount of driving I'd have to do if we lived in the 'burbs.

I know the way that our family chooses to live isn't for everyone just like living in a gigantic house with a three-car garage miles out of the city isn't ours, but just for a minute, challenge yourself to reject the norm and what society expects of you. Live in a way that makes sense to you and, if that flies in the face of societal expectations, embrace it.

Just in case you were wondering, I successfully finished my 30-day minimalism challenge! And during those last few days, I got rid of even more clothes, the bread maker I haven't used in over five years, and three living room side tables!

Living small is so much easier when you have less stuff. 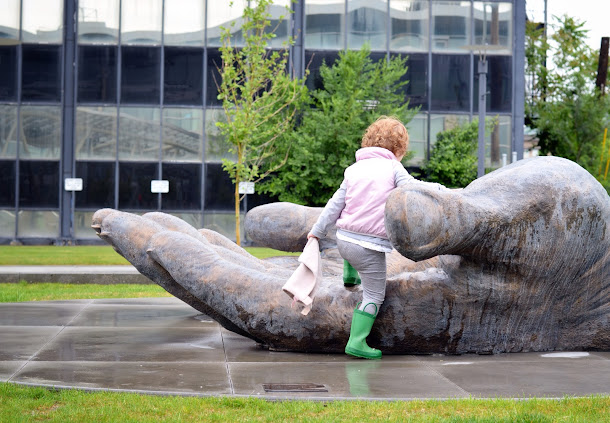 Posted by Unknown on Tuesday, May 27, 2014
Topics: minimalism, SLC, small space living
Email ThisBlogThis!Share to TwitterShare to FacebookShare to Pinterest