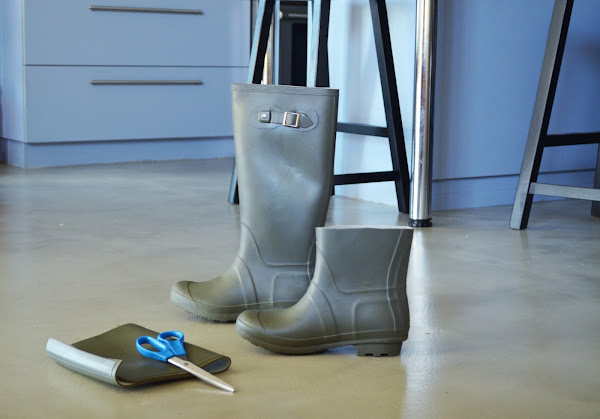 Before I screwed up...

I had two moments yesterday where I was like, Man, I'm a bonehead. Neither were a huge deal just both instances had me laughing at myself just a little bit. Here's what happened first:

I was unpacking my last clothing box! All of my winter stuff like jackets, scarves and boots were finally getting put away. As I looked at my pile of boots and my dwindling closet space I had an idea. Since I have two pairs of rain boots, an expensive pair and a ridiculously cheap pair, I decided to cut the cheap pair off into rain booties (and in interest of full disclosure, the cheap boots were crazy-tight on my pretty normal-sized calves). So I started cutting! And I loved how the first bootie turned out.

Then I started cutting the second boot. You know that phrase Measure twice. Cut once? Ya. I didn't measure that second boot at all.

So there I am, cutting the boot while holding the already-cut boot for measure when I realized I had cut a half inch too far. Luckily Alice was asleep and didn't hear me mutter a bunch of expletives as I tried to remedy the situation as best I could. 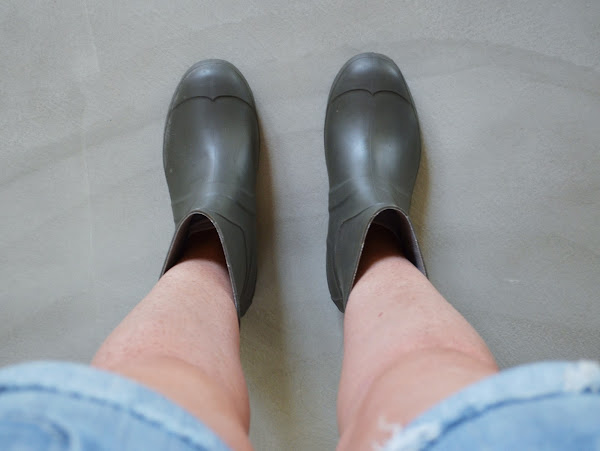 Just don't look at them too closely.

Later in the afternoon, after Lee finished his workday, I went for a mountain bike ride. As I slowly made my way up the 1,400 feet of elevation gain, I decided to turn on some motivating music from my iPhone. Since I didn't have headphones (and since I don't believe in biking with them anyway) I just turned on the tunes via the speaker and rocked out while I rode up the trail. Usually I have that section of the trail all to myself and rarely see anyone else out there.

But just as a cool Led Zeppelin track finished, a dorky Ke$ha song started and I ran into another biker.

I saw him rounding the bend and since I was on a small downhill section I followed the proper mountain bike etiquette of pulling off to the side while he pedaled uphill. Realizing how loud my music was and what was playing, I fumbled with my phone trying to turn off the teeny-bopper tune before he got to me.

Nope. Couldn't turn it off in time. He made it to me just as Ke$ha loudly belted out the chorus. And as he passed me, he sort of chuckled and said, Enjoy the rest of your ride! 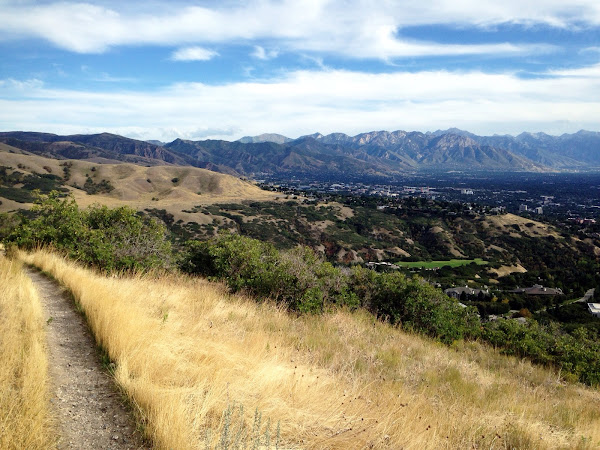 I'll never tire of this view.

Posted by Unknown on Thursday, September 19, 2013
Topics: blogging via iPad, mtn biking
Email ThisBlogThis!Share to TwitterShare to FacebookShare to Pinterest