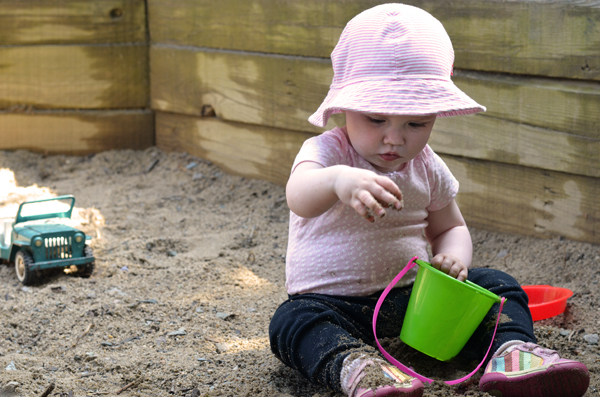 When we went to the pediatrician for Alice's one year check-up a few weeks ago, I remember being anxious about one question in particular that I just knew he would ask.  Not about vaccines or what she is eating.  Nope.  Not naps, either (although I did dread that whole nap-dropping thing).  I was anxious about the doctor asking if Alice was still using a bottle to drink milk.

We had successfully weaned her from her morning bottle around her birthday and had reduced the amount of milk she took at night to just a few ounces but I'd been reluctant to take away that bedtime bottle entirely.  There was just something about holding her in my arms as she sleepily drank that little bit of milk before putting her in the crib that made me feel like she was still a tiny baby.  Much like when she weaned from breastfeeding, I felt her dependence lessening and that bit of independence had me wishing for my rapidly growing girl to slow down a little.

While packing for Chicago last weekend, I asked Lee what he thought about not taking any bottles with us on our trip.  He shrugged his shoulders and said, Sounds good.  So I didn't pack any.  Of course I was nervous that first night putting Alice to bed in the hotel room without her nightly bottle ritual but she didn't seem to notice and fell fast asleep.  The next night wasn't a big deal, either.  But when we got home and back to her familiar environment, my usually bedtime fuss-free kid cried as we put her into her crib, like Hey, aren't you guys forgetting something?  Fortunately the crying didn't last long and then was even less last night.  Just like that, bye-bye bottle.

I'm glad we randomly decided to stop giving her a bottle rather than have a last-day looming for me to worry and obsess over.  Because like most things I've found with raising a child, Alice seems to take her milestones in stride.

And so far, those milestones have been a much bigger deal for Momma. 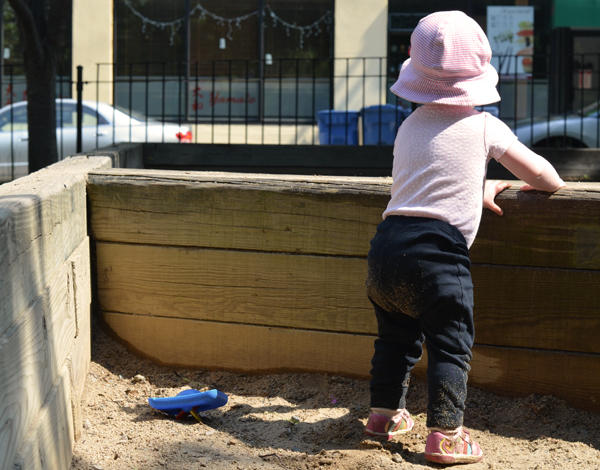 Posted by Unknown on Tuesday, May 21, 2013
Topics: oh baby, parenting advice
Email ThisBlogThis!Share to TwitterShare to FacebookShare to Pinterest