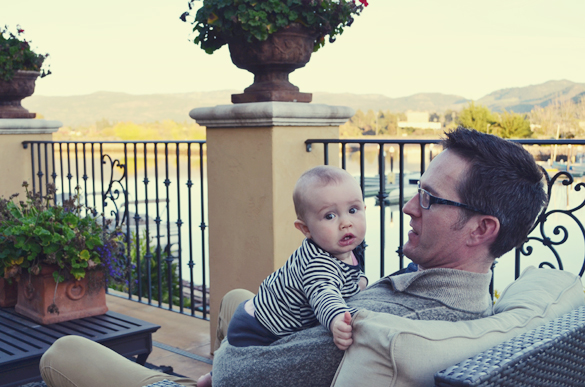 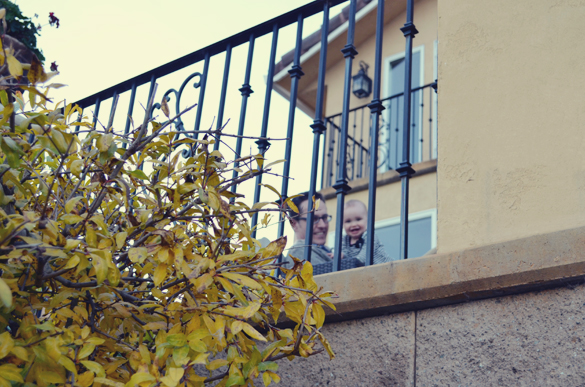 We're home!  And it sure feels like we were gone a long time.  As sad as we were to say goodbye to family and the West coast, it is nice to be back amongst our things.  And to not be living out of a suitcase.

Because we knew we'd be doing two trips in our two weeks out West, we looked at a few different options when booking our flights to give us the best deal.  Usually we are Delta-flying die-hards.  Since Lee travels a lot for work and often flies Delta, he'd amassed some miles and a status on the airline and that often got us upgraded.  So we've been loyal to them in the hopes to get a seat with a few more inches of leg room (that's all first-class is good for, really).  But, when booking our flights to Utah and then to California, flying Delta the entire way was much more expensive and resulted in a few connections.  So we mixed and matched and ended up flying home from San Francisco to Boston via Virgin America.

Wow.  What a difference!

Delta and all the other big U.S. airlines are perfectly fine.  But then you fly an airline that is doing things a bit differently and you realize how antiquated those other guys really are.  I know Virgin has been around for a long time and maybe you're like Duh while reading this but I was so impressed with all that they do differently.  They just seemed so young and innovative!  Seat-back ordering system for food and drinks.  Neon lights and club music.  Hip-looking flight attendants.  Leather seats that I swear seemed more roomy than other airlines.  And the biggest bathroom and changing table I've seen yet on an airplane.

Since Alice has done a bit of traveling in her eight months, she has seen the inside of a plane bathroom more than a few times.  Some of those bathroom changing tables are laughable and must've been designed by someone who has never changed a diaper before.  I'm happy to say that, not only was the bathroom on our Virgin America flight the biggest I've seen, the changing table was also big enough that Alice wasn't scrunched with her legs up by her ears.  Obviously this made the diaper-changing much more enjoyable for all involved.

In a time where airlines are cutting pretty much everything to contain costs, Virgin America seemed to still be interested in making air travel an enjoyable experience.  And, with a squirmy baby in tow, an extra inch or two of changing table space and no drink carts in the aisle when walking with a baby made six hours in an enclosed space not so terrible. 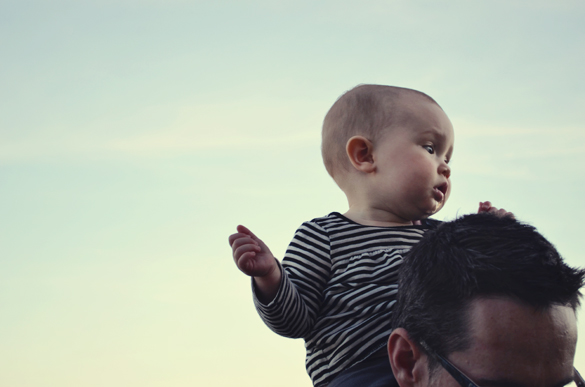 She loves it up there.

Any funny airplane changing table stories?  On our flight to Canada over the summer, Alice had done a massive *ahem* in her diaper and the changing table in that United airplane was the size of a postage stamp.  Not pretty!

And one more airplane story.  I swear, this will NEVER be my kid(s).  As we were about to take off, the flight attendant walked the aisle asking everyone to turn off devices, blah, blah, blah and when she got to a kid sitting in the seats across from us whose parent and other sibling were in front of him, she had to ask him twice to put away the game remote from the seat-back console.  He did and then as soon as she was out of eyesight, he took it back out and started playing again!  When I looked up at his dad in the seat in front of him, I wondered if he'd look back and correct his kid's misbehavior when I realized the dad was still thumbing on his iPhone as we were preparing for take-off!  Obviously his dad wasn't teaching him about respecting authority or doing the right thing.  And the whole incident just reminded me of that time when I was 9-months pregnant and NO ONE offered me their seat while riding the T.  Until the train ride home when that cute little boy did, totally restoring my hope in the future of humanity.
Posted by Unknown on Tuesday, November 27, 2012
Topics: oh baby, parenting advice, people suck, travel
Email ThisBlogThis!Share to TwitterShare to FacebookShare to Pinterest