Adventure weekend: Getting away. 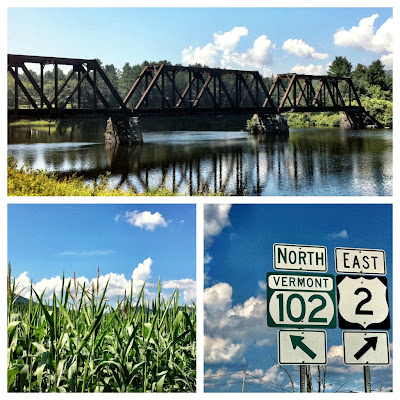 Lee and I skipped town this weekend.  All week we'd been talking about wanting to have a nice and relaxing weekend together so Lee took it upon himself to plan a little get-a-way... to New Hampshire!!  We left early Saturday morning and headed to the town of Lancaster near the Vermont border.  Lee had done some research about a beautiful (and easy) bike ride on quiet highways near the Connecticut River.  It was gorgeous!  The sun was shining.  It was a balmy 78 degrees.  There was relatively no traffic.  We enjoyed seeing the roaring river, quaint covered bridges, cornfields as far as the eye could see... and a farm with pigs!!  Lee pointed the pigs out to me as we rode by... and we decided to go back for a second look.  There were two of them and they were adorable!  Pink and chubby with floppy ears and curly tails.  The perfect pig!  In hindsight, I should have stopped for a photo-op. 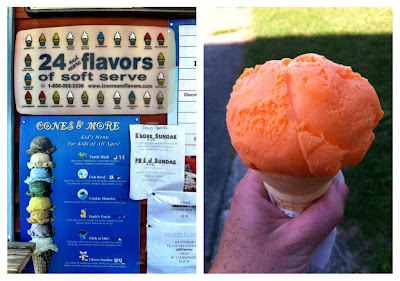 On the map for our ride there was a marker for an ice cream shop called 'Cones & More Dairy Bar.'  All I could think about as we neared the end of our 35 mile ride was a cold and creamy ice cream cone.  Of course we stopped to get one.  I had orange sherbet.  And it totally hit the spot.

We spent the night at the Loon Mountain Resort in Lincoln, NH.  It was in a beautiful mountain setting at the base of a ski resort.  I have to admit, though, being there made me miss Utah something fierce.  You see, we have a timeshare condo at the Iron Blosam Lodge in Snowbird, Utah, that happened to start yesterday for the week.  My grandparents bought that timeshare back in the '70s and I've been going there since I was a baby.  But not this year.  I told Lee that next year we are not missing it! 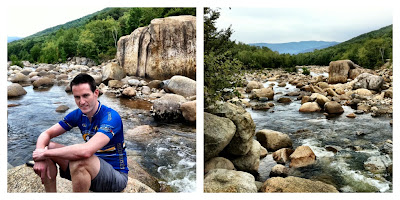 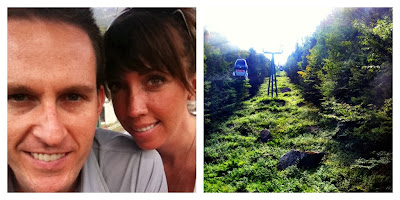 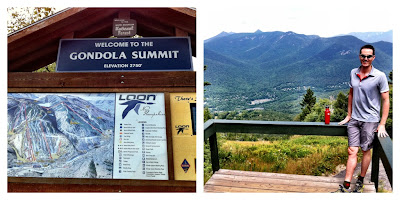 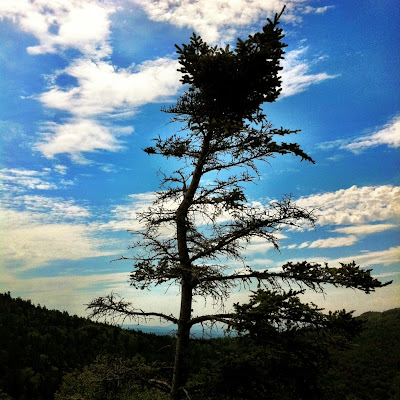 What did you do this weekend?  How was the weather where you live?

And a random question... Do you know much about Hasidic Jews?  Being raised in a predominantly Mormon state, I have to say I know nothing about this religion.  There must have been a wedding or a graduation or some sort of celebration at the resort we stayed at because the place was filled with dudes in big black hats with the long curly ringlets on the sides of their heads and the strings hanging out of their belts.  I have to give them props... those guys are dedicated to what they believe in!
Posted by Unknown on Sunday, August 21, 2011
Topics: Adventure Sunday, exploring New England, husband, iPhone photography, road biking, weekends
Email ThisBlogThis!Share to TwitterShare to FacebookShare to Pinterest