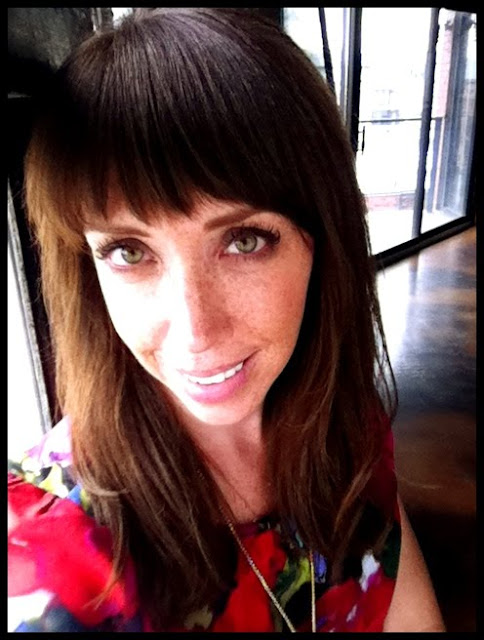 I know it doesn't look drastically different... but it feels amazing! I love having a fresh hair cut with no split ends in sight! It was funny, I ran into an old friend from high school (happens ALL the time in this town) and she was at the salon getting her 4-ish year old's hair cut. And guess what? Her daughter and I ended up with pretty much the same hair cut. And I'm okay with that. I don't know what it is... but I love having bangs (even though they're a ton of maintenance). Do I look like a 5 year old? Sort of, yes.

Oh man. It's tough being back in SLC. I miss it so much. And yet, something just doesn't quite feel right. I know you're probably sick of hearing me be all melancholy about where I live but I just feel so transient... and it sucks. Boston doesn't feel like home. L.A. didn't feel like home. Does Salt Lake? I don't really know. I can see us raising our kids here for sure but I worry about the lack of diversity and the strong political and religious holdings (neither of which we belong to) but maybe that is a reason to move back here. To help diversify the place! To help bring different viewpoints into the mix! Wishful thinking? Maybe. But I feel like there is potential. And it certainly has all the other things that are important (access to the outdoors, family-centered, beautiful and vibrant downtown).

I know eventually we will move back here. I sort of wish that were going to be sooner rather than later... but we're doing great things in Boston. Things that will allow us to move back here and live a great life. Until then, we're living in a pretty awesome city. And I'll make the most of it. And I know I'll be sad when we move away from Boston someday. But mostly, I'll be happy to be moving home.

How much caffeine do you drink in a day? Do you try to limit yourself? I've had 2 lattes and an Arnold Palmer (plus one refill) today. I'm jittery! But I sort of like it!


Non-Garmin stats: Still no running yet. Will run this weekend FO' SHO! Instead? Today we played golf... and now I'm off to yoga. Hopefully that equates to a 5-ish mile run!
Posted by Unknown on Thursday, April 28, 2011
Topics: blogging via iPhone, my future, workouts
Email ThisBlogThis!Share to TwitterShare to FacebookShare to Pinterest