Bugs on the mother-effing plane. 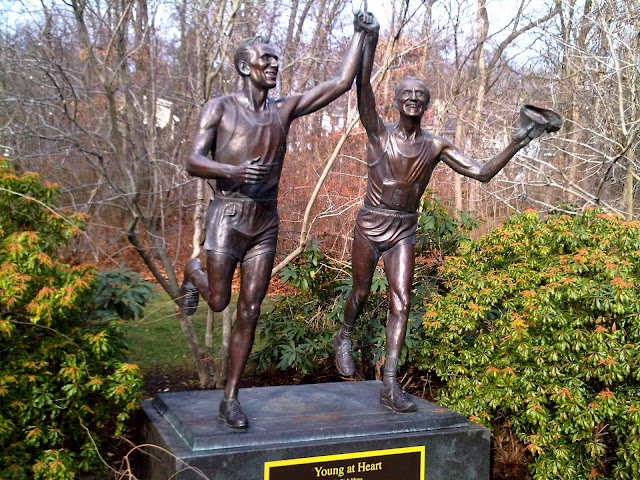 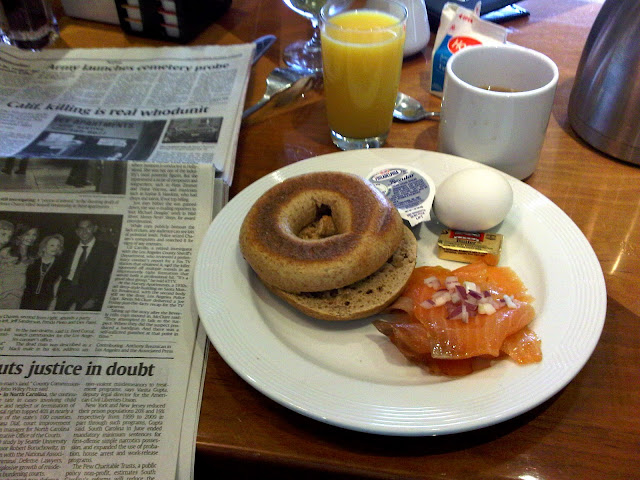 'Welcome to the East Coast!  Where America wakes up first!'  <--- Lee likes to say that to me = dork.  Anyway, we're here.  We're not in our apartment yet but in a Marriott close to Lee's office (he's at work this morning).  We got in late last night and finally crawled into bed at 1 A.M. This morning we woke up, Lee ironed his shirt, I put on my Garmin, and we went our separate ways... he to the office, me down Commonwealth Avenue for a run. What a beautiful morning!  It is definitely warmer here than in S.L.C.... hooray for that!  You'd think it's all flat in this part of the country.  Not so!  Surprisingly, there are A LOT of hills on Commonwealth Ave but since we're at sea level, I sailed up and down them.  Felt good.  I know it won't last long, though, and my red blood cells will return to levels normal for this altitude (which is NOTHING!).  Hmmm... maybe there IS something to be said for blood doping!  I'll have to look into that.

So we had a bit of an incident on the plane last night.  I debated discussing it as I don't want to sully the good name of my favorite airline but I'm sure this prestigious airline is not the only one with this particular problem.  I was minding my own business, watching 'Mad Men' on my iPod when I saw something flash out of the corner of my eye.  I glanced over, saw nothing, and figured it was a light reflection or something.... so I went back to my show.  And then I saw it again... and this time my cat-like reflexes drew my eyes to this 'light reflection' more quickly ... and lo and behold it was no light reflection but a COCKROACH!!  OMG.  A COCKROACH AT 30,000 FEET!!!  WTF?!?!?  He was scurrying on the armrest of the guy in front of me and then (of course) he turned and ran UNDER MY TRAY TABLE!  I was in the middle seat... Lee to my left in the aisle and some other NY accent guy to my right in the window seat.  Now as you know there isn't much room to maneuver in airplane seats especially when you're in the MIDDLE.... so I squished my body against Lee while I watched the thing scurry under my tray table, letting out a little yelp as I did so.  This, of course, got the attention of my seatmates (Lee and NY accent guy) and we all started squirming!  I moved all my stuff off the tray table and then NY accent guy lifted it up and the cockroach was CRAWLING AROUND ON MY LEG!!!  I could die.  I squeaked and flicked it off (I'm surprisingly good at holding my composure even when faced with such disguisting-ness).  Lee yelled, "Squish it!"  And I was like, "He's gone!"  And then NY accent guy goes into this long thing about how he NEVER takes his shoes off on the plane for this exact reason and that he's never seen a cockroach on a plane but he's heard that they're there (Ya, not helping... THANKS!) Now this was maybe only ONE HOUR into our FOUR AND A HALF HOUR FLIGHT so I had another THREE AND A HALF HOURS to imagine that SOB crawling all over my shoes (thank god I had over-the-knee leather boots on) and all over my neatly stowed under-the-seat-in-front-of-me carry-on bag.  After seeing something like that you can't help but imagine that he's crawling all over you and your skin instantly becomes itchy from all angles.  Eeeew. Gross.

We managed to make it thru the flight without sight of that beast again and as we were waiting to get off the plane, NY accent guy says with a laugh, "Hey, is that a cockroach on your back?"