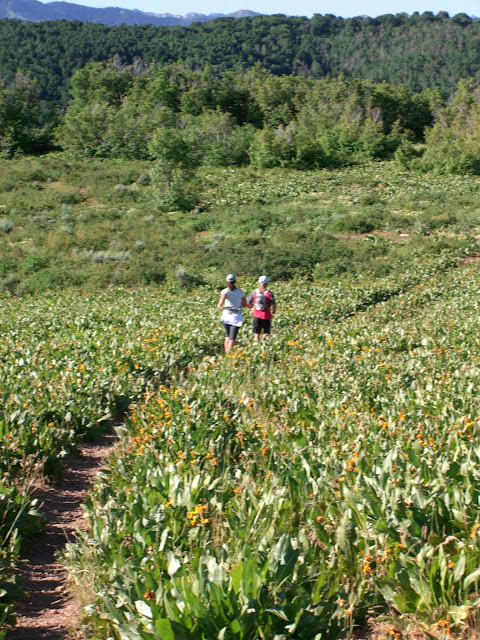 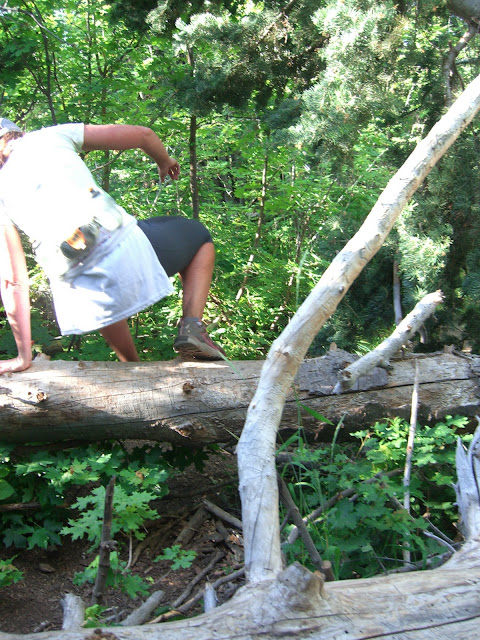 (Me. Jumping over a fallen tree.  Adventure Fridays continue. July 2010.) 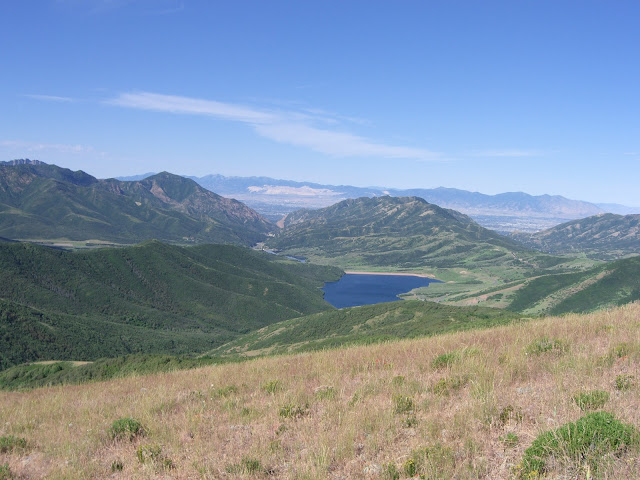 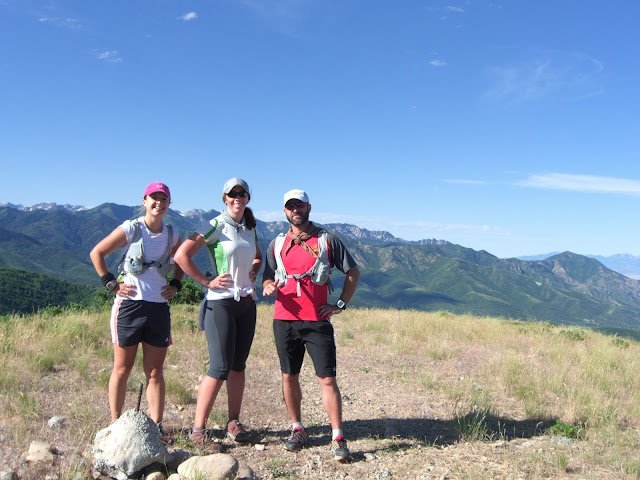 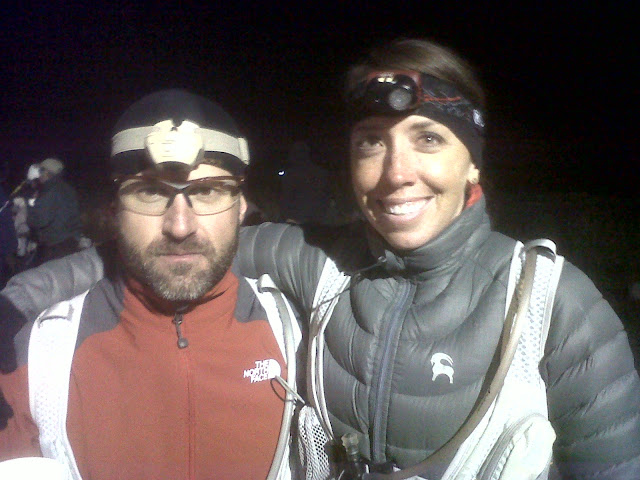 (Ari and me at mile 62 during Wasatch. I look giddy. He looks insane. :-)
I had such a wonderful experience this summer... but let me back up.  Sometime in February or March of this year, I overheard this EMT in the ER talking about a race he was running this summer and how it was 100 miles.  Being the nosy person that I am, I asked him which one he was running... when he said the 'Wasatch 100' my Pavlovian response was nausea and profuse sweating (kidding)... after I registered in my brain that he was talking about that monster of a race I attempted to run in 2009, I said, "Hey, I tried to run that thing last year."  We talked for a few more minutes and then he asked if I'd be interested in running with him and another nurse from the ER this summer to help him train for Wasatch.  I was like, 'Sure. Ya, whatever.' and I gave him my number and never expected him to call.  Fast-forward to sometime in May and I got a voice mail from some guy named Ari, saying they were running 18-20 miles on Friday.  Now I have always kind of been a 'solo' runner, meaning I really have never trained with anyone.  I was super nervous to join them for such a long run because I worried I'd be too slow or the distance was too far...  but I decided to suck it up and go for it.  We had an AWESOME run and, surprisingly, we're all about the SAME pace!  We made our trail runs a weekly event, calling it 'Adventure Fridays.'  We ran the Wasatch 100 course, we ran the trails of City Creek, we ran trails at the mouth of Little Cottonwood...we ran, ran, and ran... averaging 15-25 miles every Friday.  And as we traversed the ridge lines of the beautiful trails of the Wasatch, we became friends.  After all the time we have spent together, I feel like I know these two so well...  I know their hearts.  They are two of the most special people I have ever met.  We became fast friends doing something we all love and, over the miles, we solidified that friendship into something more... these two are like family to me now.  After the Wasatch 100 was over and done with... and Ari FINISHED THAT BEAST... we had a team dinner to recap our summer together.  There are many things that I will miss about Salt Lake while we're living in Boston... but near the top of that list will be Adventure Fridays with Ari and Abbie.  I love you guys!

**The following was from a blog I wrote while living in L.A. **

Living in Los Angeles is an amazing experience.  The strip malls, the cookie-cutter condos, the everlasting traffic, the bizzarre daily happenings, the perpetual sunshine... what amazes me most about this fine city is the nature that actually does surrounds us.  I have been trail running in the Santa Monica mountains for about 3 of the 4 years that I've lived here... but I haven't been for a few months.  I went this morning with my girl, Slater, and it rejuvenated me.  It was a typical L.A., picturesque morning, with the sun shining and not a cloud in the sky (minus the smog, of course).  As you reach the crest of the trail, the views are unbelieveable.  The sprawing mountain range, the beach, the pier, LAX, Century City, and downtown are all around you... it's a total birds eye view of the city.   Slater and I were the only ones on the trail.  I ran with her for a bit then decided to kick it up a notch (as I do SO well) and go on my own... which is a lot faster, lungs burning, legs aching type of feeling.  Being out there, all alone, with no one around, no cars honking, no cell phones ringing, no people blabbing... is like hooking a hoover vaccuum up to your ear and turning it on full-blast, sucking out all the shit that I've been pondering for the last few days.  Running, in general, is like therapy for me... but there's something about trail running that gives me complete clarity.  I think it's the absence of all distractions, other than birds chirping and the occasional lizard scurrying across the trail, that gives me this clarity.  We are so inundated with distractions that our minds get overwhelmed and we lose site of the big picture, which is enjoying life, seeking healthy relationships, being happy... the important things that actually matter in life.  After trail running, the world seems a little brighter, a little shinier, and a whole lot more manageable.


If anyone wants to join me in this "free" therapy session, let me know.  I want everyone to feel this good.
Posted by Unknown on Thursday, November 18, 2010
Topics: friends, running, ultras
Email ThisBlogThis!Share to TwitterShare to FacebookShare to Pinterest