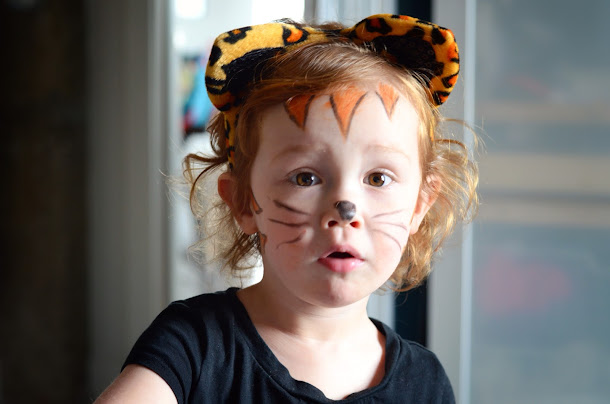 I ate way too much candy this weekend, to the point that I felt so sick to my stomach on Saturday afternoon. Having been a candy addict in my younger years, I'd forgotten how terrible it feels to overindulge on something that should only be had in moderation.

Or not had at all.

Alice was totally into Halloween this year and, after school and nap on Friday (they don't celebrate any holidays at her preschool), she was excited to don her ears and tail and some face paint to dress up as her favorite cartoon character, Daniel Tiger.

Except that her ears and tail were leopard print, not tiger print. Whoops. I bought them over a month ago and didn't realize until it was too late and she was in love with the spotted ears-and-tail combination that we already had. So whenever anyone would ask her if she was a kitty cat or a leopard, she would boldly say, 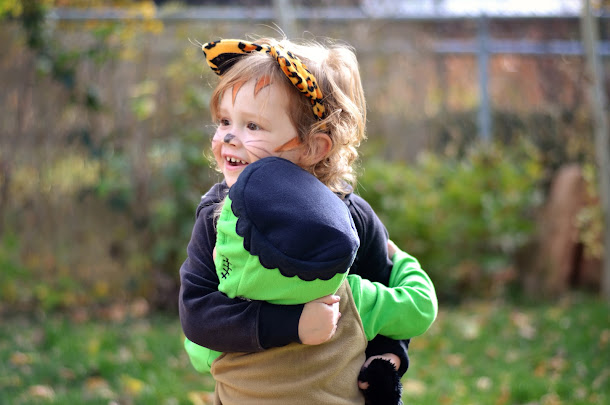 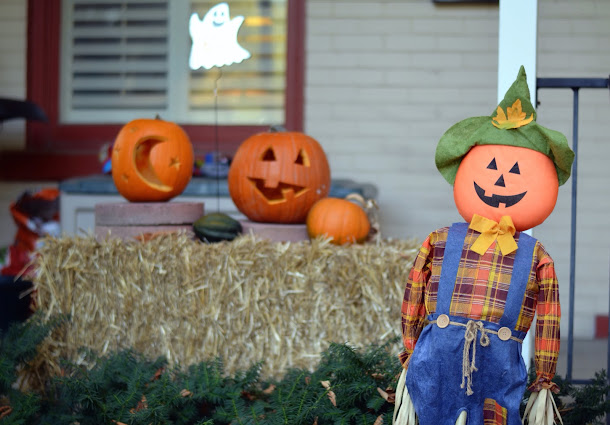 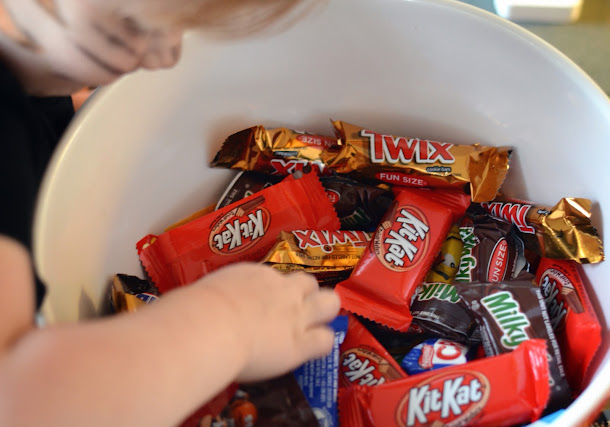 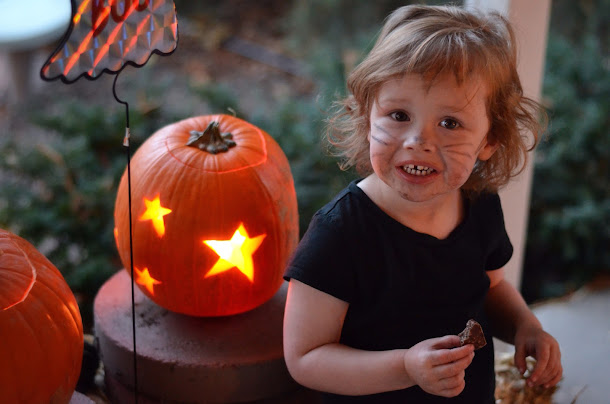 Friends in costume, decorations and lots of candy. Halloween 2014.

We carved pumpkins with Grandma Julie and Zayde Aharon and then decorated their front porch with hay bales and candle-lit lanterns and monster eyes created out of toilet paper rolls and glow sticks. Alice decided she didn't want to trick-or-treat because why go through all that work of walking house-to-house gathering candy?! Grandma had all the candy she needed right there.

I stopped counting after she'd eaten about four mini-candy bars.

Lee and I left Alice at my mom's for a sleepover so that we could go out for a late dinner with friends at the Copper Onion. We had drinks, delicious food, and lively conversation and we even closed the place down, leaving just after midnight.

And that candy addiction stage, too.

How was your Halloween weekend?

Weekend Workouts: Saturday & Sunday- None. And too much candy, too. Ugh. 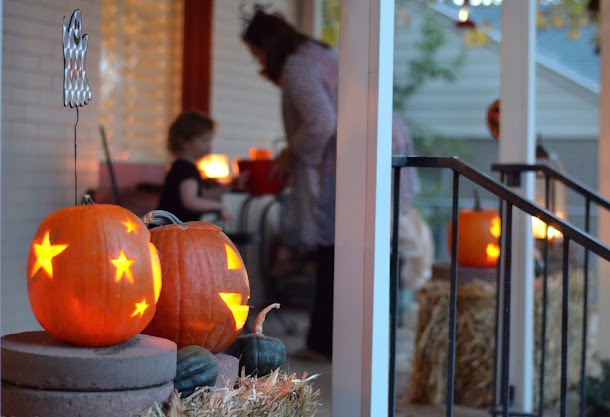 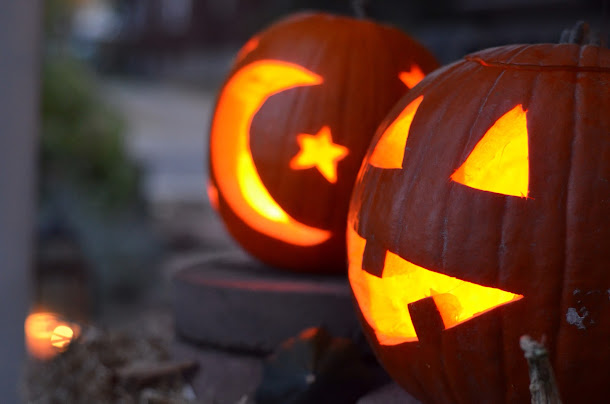 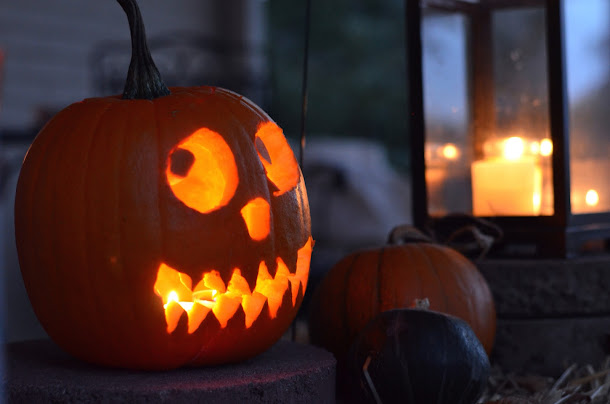 Pumpkins! I carved the moon & stars and the jack-o-lantern. Lee carved the Jack Skellington-looking one.