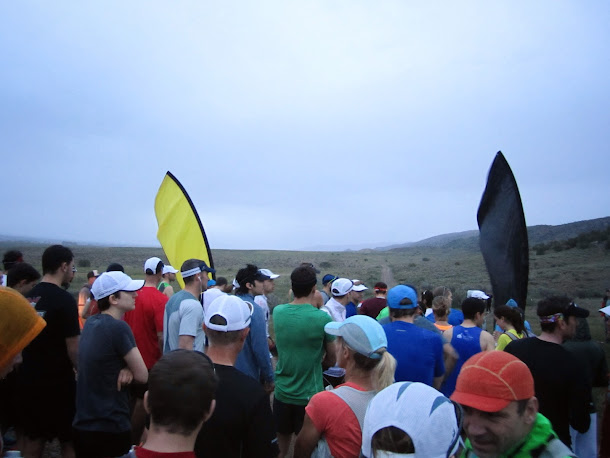 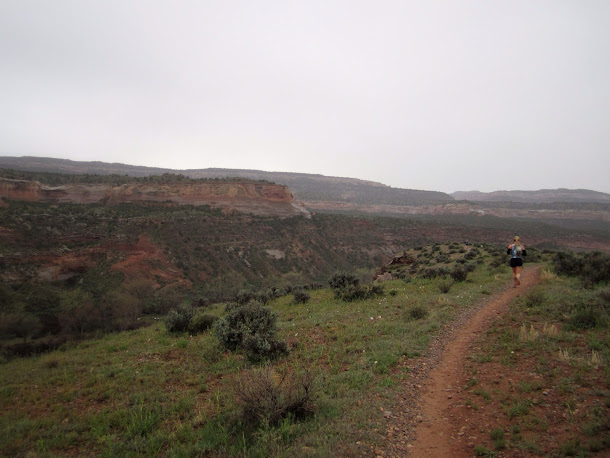 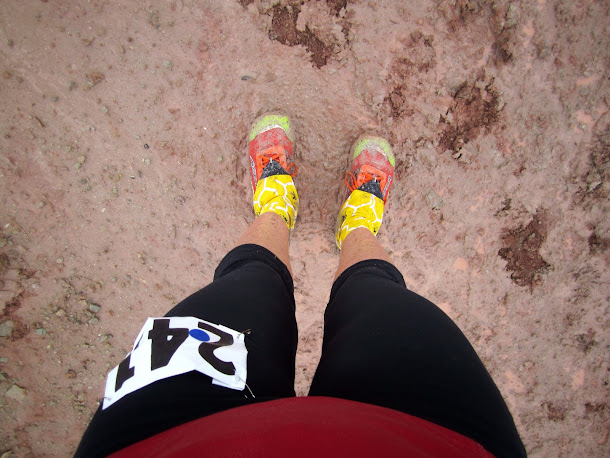 I did it! I finished my 50K and I feel so proud. The race wasn't without challenges but overall I am happy with how I felt and with how my body performed over those 31 trail miles.

On Friday we dropped Alice off at Grandma Julie's around 11AM and headed southwest toward Grand Junction, CO. It was so nice to have a few hours of drivetime to talk, take in the scenery, and enjoy some time with each other and without Alice (sorry, love bug). Since I ate a very specific way leading up to my race, we packed snacks and a lunch so that we weren't stuck eating the terrible food available at truck stops, but more on what I ate and how felt during my run later in the week.

Saturday started early at 4:40AM and, after gathering my gear and a quick breakfast, we headed to Fruita, which was a 20 minute drive from our hotel. It had rained most of the night and a light drizzle was still falling when we arrived at the starting area but, according to the Apple weather app, it was supposed to clear up around 6:30AM, the start time of the race.

Nope. The Apple weather app was totally wrong. It drizzled and then dumped rain until well after 9AM. 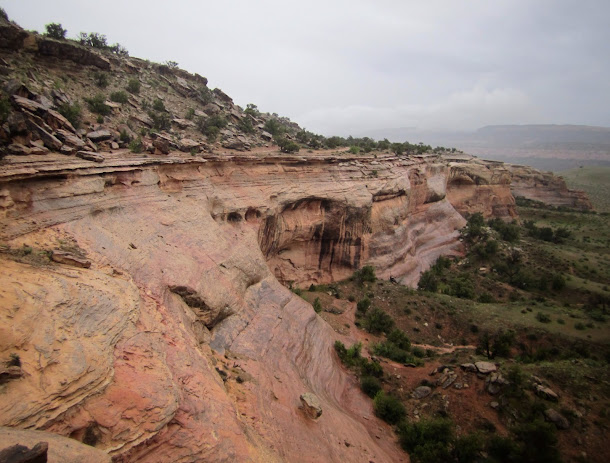 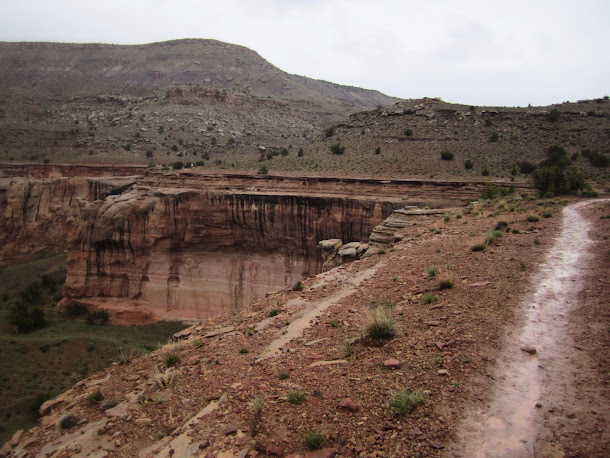 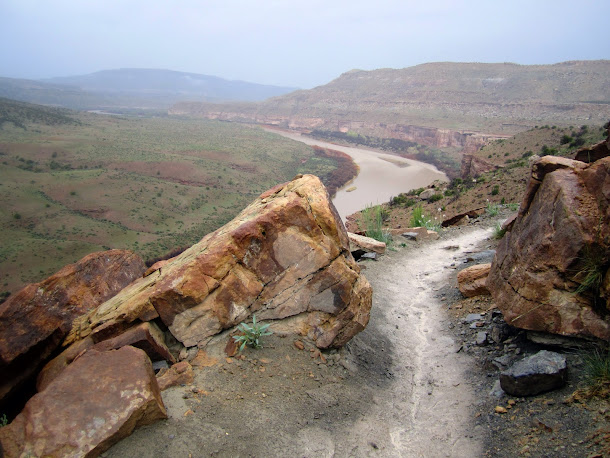 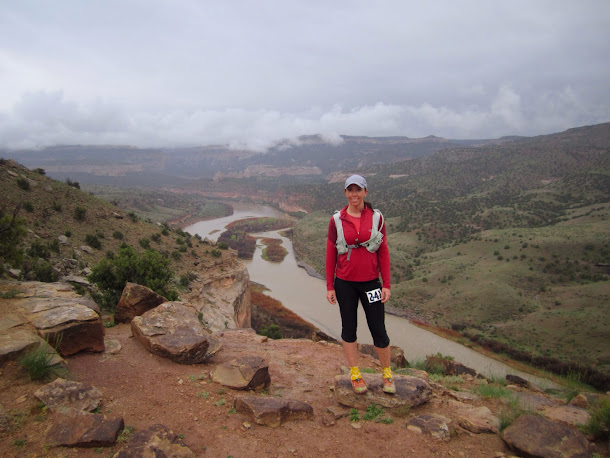 Usually I love running in the rain as the cooler temperatures and cloud cover are ideal for an ultra marathon. But, after hours and hours of rainfall, the mud that resulted made it impossible to run the majority of the course.

The three inches of mud on the trail had the consistency of sticky mashed potatoes. One woman I ran with for a few hours called it 'chocolate frosting.' Perfectly runnable sections of the trail (i.e. flats, rolling hills and downhill) were completely un-runnable as there was no traction, making falls inevitable. Since most of the trail hugged the edge of the mesa overlooking the Colorado River hundreds of feet below, a little fall could potentially be catastrophic. So we all walked. And walked. And then ran a few steps when we could. And then we walked some more.

I ran with a local woman for a few hours who often runs that trail and she told me she had never seen it in that condition before. She'd run that same trail just a week prior to our race and said it was bone-dry! She also said that she has done a handful of 50Ks with her average time around five and a half hours and she finished after me at over 7 hours.

Around mile 24, though, after a few hours of sunshine, the trails had mostly dried and I was able to run the remainder of the race. I use the word 'run' loosely as my run resembled more of a shuffle after that many miles on my feet but to stay motivated to keep going, I repeated the same thing over and over to myself:

You can either suffer and walk or you can suffer and run. But one of those options only prolongs the suffering.

I finished my 50K in 6 hours and 50 minutes. My left hip flexor started to hurt at mile 9, I got stung by some sort of bug at mile 27, my sports bra left a ring of chafing around my rib cage, and I'm pretty sure I'm going to lose a toenail but, when I crossed the finish line, I was smiling.

And when a race volunteer asked how I enjoyed my race, I smiled and said, "I can't wait to do it again next year." 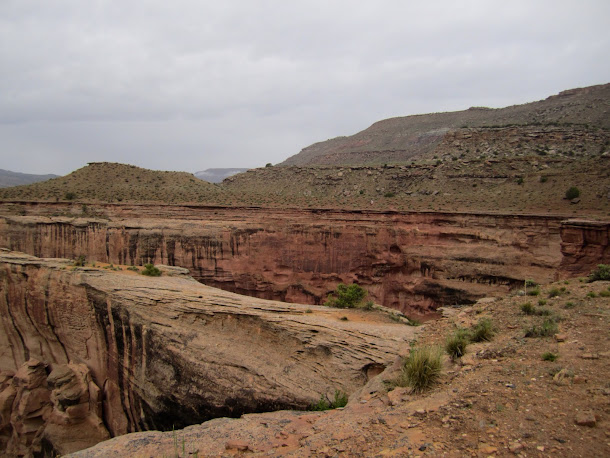 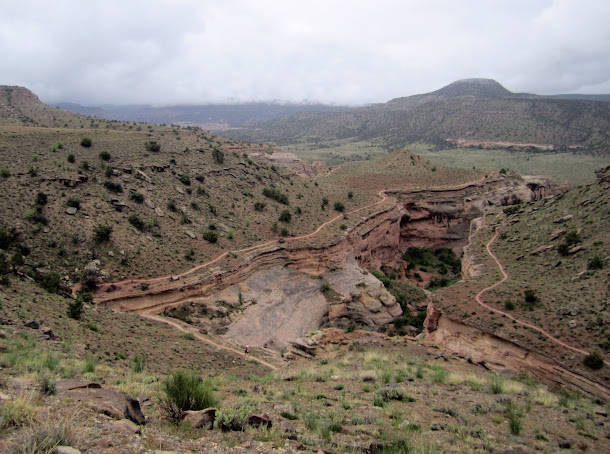 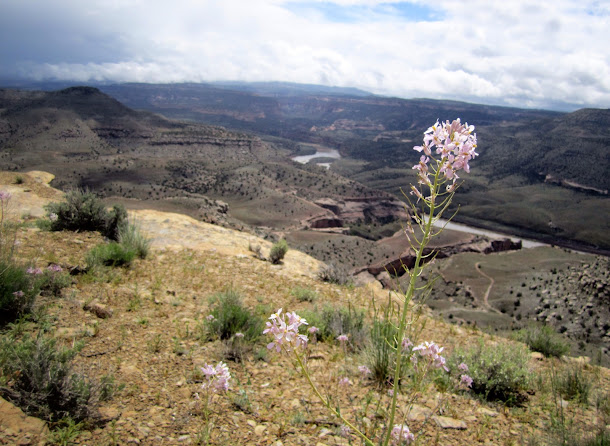 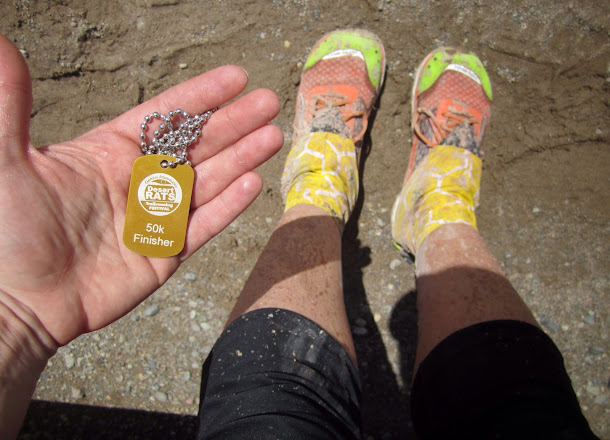 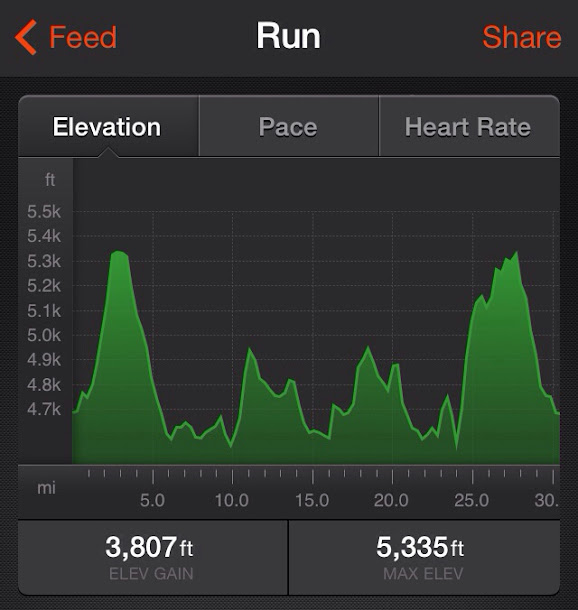 Views from the trail. // My finisher's medal & my very muddy feet. // Elevation profile!