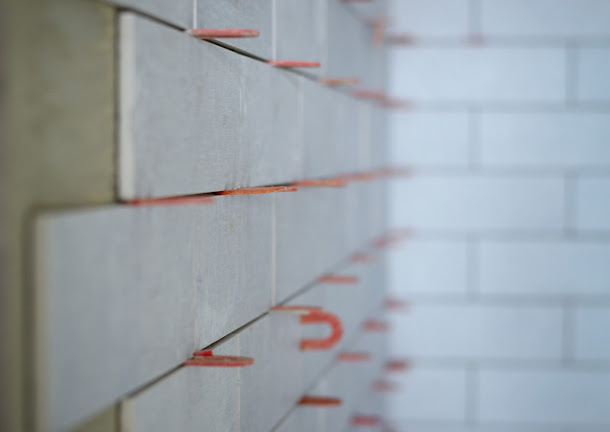 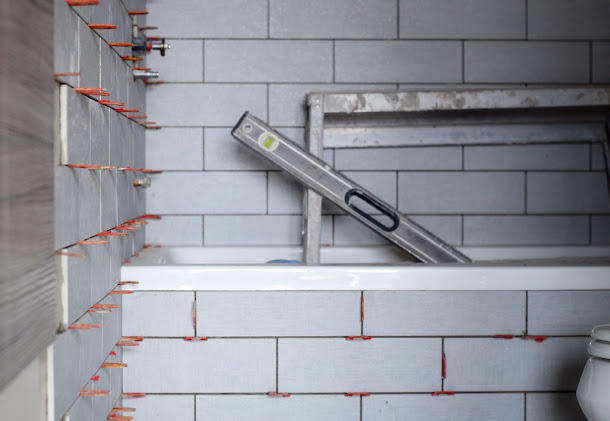 Sneak-peak of our new tile.

Thank god we didn't try to re-tile the bathroom ourselves. Wow. It was way more work than I anticipated it to be. On Monday, our old tile was ripped from the walls (with some of the drywall coming with it) and then the rest of this week has been filled with the slow process of re-tiling our shower and one of our bathroom walls.

Since we only have one bathroom, this job has been very disruptive. But we've stuck it out rather than fleeing to a hotel like we've done for other parts of our remodel as moving into a hotel for a week is almost as disruptive as not having a working shower. And a week in a hotel isn't cheap, either.

So I've been showering at the pool (we went yesterday). And friends have graciously offered the use of their bathrooms as well so that none of us are walking around a smelly mess. Thanks, friends.

Our tile guy is placing the final tile pieces today and will soon start on the grout and then... 24 hours after that... we'll have a working shower again.

After the bathroom is done we will be finished with the major jobs of this loft remodel! And only three months off of our planned schedule.

Have you remodeled your house? Did you finish on schedule? I might not believe you even if you tell me yes. 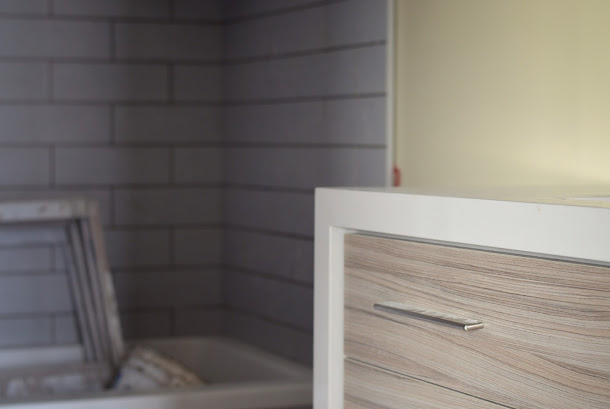 All that is left to do is to paint and install shower glass. And then we're FINISHED!!