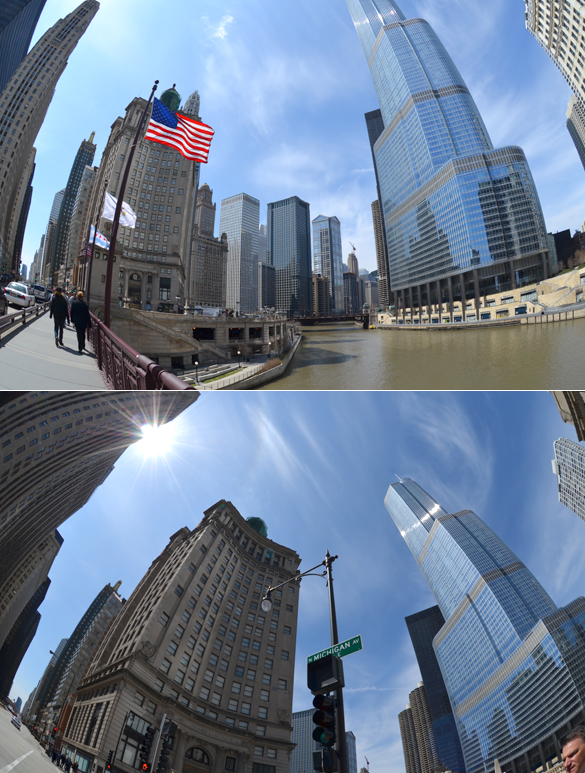 I'm home!  Home from Chicago.  And those few days away were exactly what I needed to recharge my mommy battery.  But more on that later in the week.  First, a recap of our trip.  My friend had work things to attend to until Sunday morning and then we were free to roam the city together.  Two moms on the town!  The weather was a bit cooler than we would've liked but the sun was shining and the skies were blue so we bundled up and sped-walked all over Michigan Avenue.

Our first stop was to Millennium Park and to the infamous Cloud Gate, more commonly known as the Bean.  I'd seen it briefly before on a long layover Lee and I had in Chicago a few years back but, because there was rain and lightening that day, we weren't able to get close to the giant stainless steel structure.  But not this time!  I had no idea that you can actually walk under the Bean but, yep.  You certainly can.  I wasn't able to spend too much time under there, though, because oh man, did it make me dizzy.  After snapping a few pictures and seeing a few other interesting things in the park, we walked to the Sears Tower (which is now known as the Willis Tower... what'chu talkin' 'bout?!). 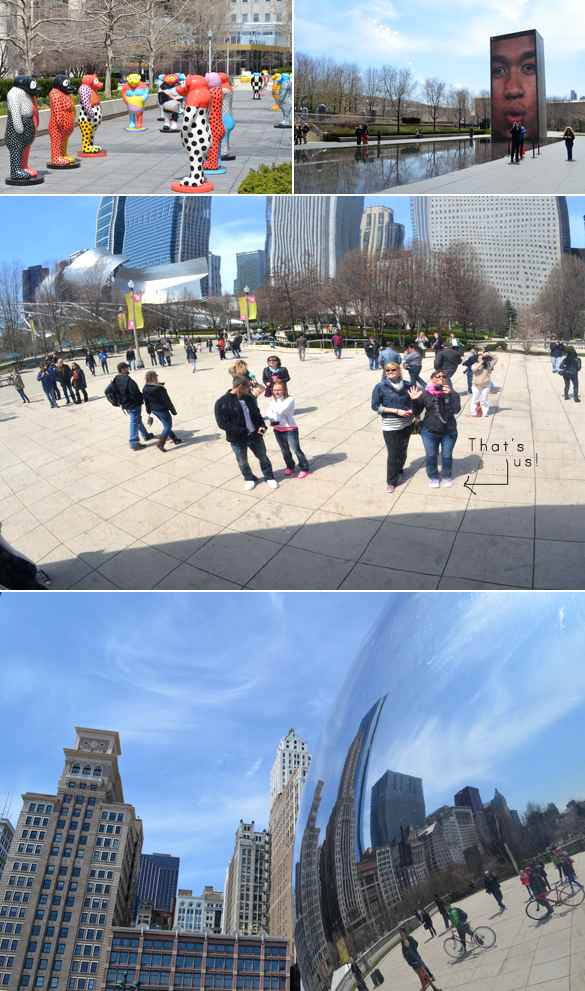 We were both a bit nervous to go to the top of the 103-floored building but it turned out to be no big deal.  The elevator ride only takes 60 seconds and then you are spit out into a viewing area and gift shop with spectacular views of the city and Lake Michigan.

The highlight of being at the top of the Willis tower is standing in the glass boxes that hang from the side of the building, more than 1,300 feet in the air.  My palms sweated and my heart raced as we waited our turn for pictures but, once standing in there, it also wasn't a big deal.  In fact, I even did a handstand!  You'll have to believe me until I have proof, though, as the photo is on my friend's camera.

Not having been on a trip with this friend before, I wondered how we'd travel together.  And it turns out... Perfectly!  Before we arrived we both had a rough idea of what we wanted to see while in Chicago but, other than that, we had no plans and let our wandering and our interests (and our stomachs!) guide our day.  We ate delicious food, we drank a lot of beer, and we did so much talking.  Some deep topics.  But mostly silly-and-catching-up talk.  We even did each others' hair on the last day!  On her, I did a version of this cute hairstyle.  And on me, she did this.

And since I'll never be able to recreate that hairstyle on myself, you'll just have to fly to Boston every once in a while, Catrina.  Thanks for the perfect weekend mommy getaway!

And a quick hello to my wonderful mother-in-law who is having a minor surgery today.  Good luck and here's to a speedy recovery!  We love you, Grama!

Weekend Workouts:  None!  But we sure did walk a lot. 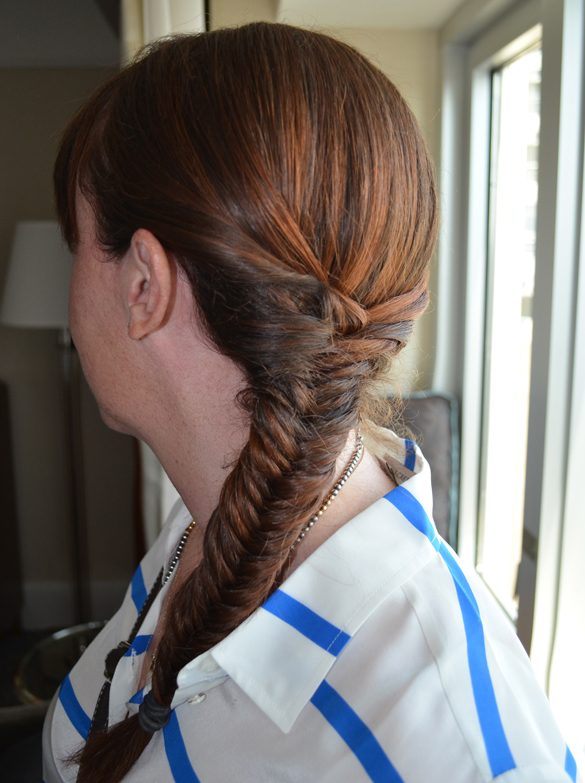 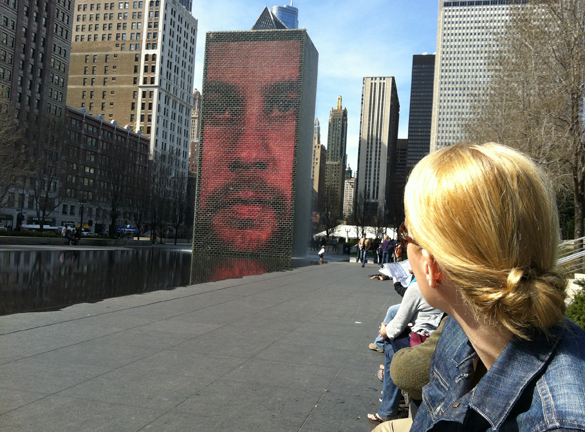