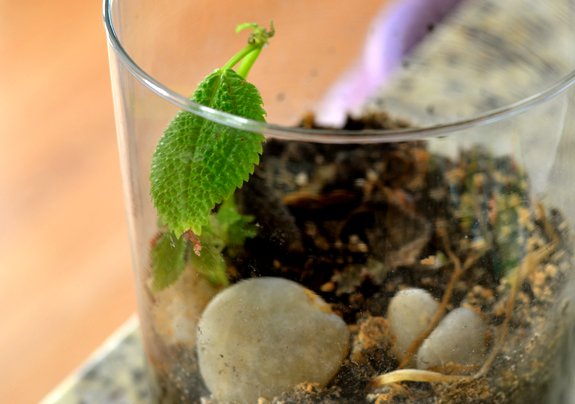 All that remains of my poor terrarium.

Let me start off by saying I don't have the best track record when it comes to caring for plants.  I know most people believe they do not have a green thumb but I have proven this to be true more often than I'd like to admit.  Maybe it's because I want to grow a garden so badly.  Maybe it's that I want to be able to grow things so much that I kill my plants with too much love.  More likely, though, it's too much water.  Or not enough.  Who knows.  Of course my husband has noticed this, too, and loves to tease me as I embark on another plant planting mission.  But his teasing never deters me.

I had the itch to plant something again the other day.  The terrariums I made a while back didn't fare well and only had a few anemic-looking plants hanging on so I decided to try to grow something I've never tried before.  Succulents!  I've heard they are difficult to kill (ha!) and don't require much care.  Sounds like the perfect plant for me.

I saw an adorable idea on Pinterest for succulents in old Mason jars.  I happened to have plenty of those around plus the required ingredients from my last terrarium project.  I bought some little succulents and got my plant on.  They turned out so cute!  Alice's room is now adorned with a few of them.

Let's hope I can keep them alive. 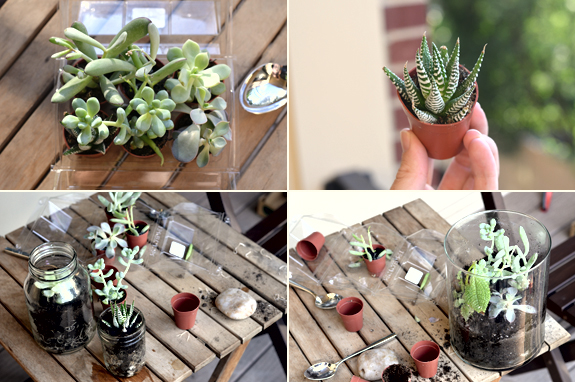 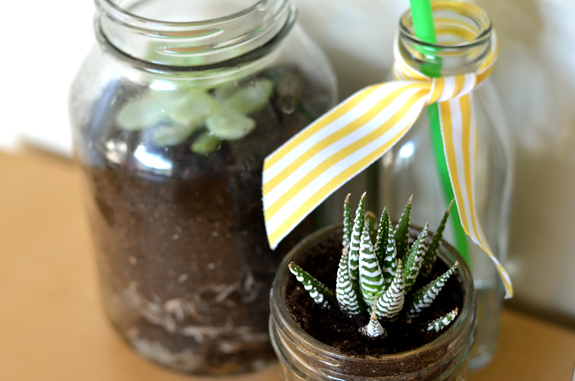 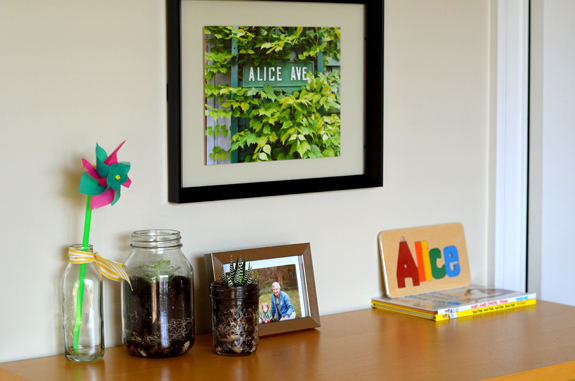 And a quick story about that photo hanging above Alice's dresser.  That photo was taken by my step-dad about three years ago while he was on vacation.  Three years ago he saw that sign hanging in a tangle of ivy and thought it was pretty so he snapped a picture.  Three years ago we had no idea if we were going to have kids let alone if we were going to name one of them Alice.  So when I opened up the envelope containing that photo after she was born, naturally I got chills as I considered his foresight.

It was simply kismet!  And it is perfect in her nursery.