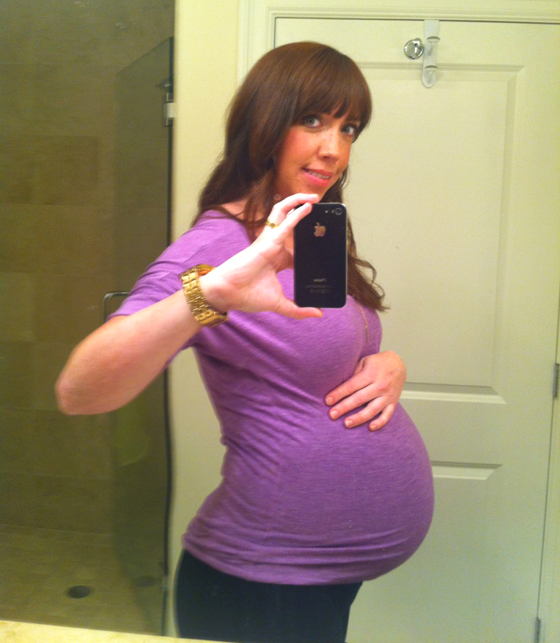 We made it to full term.  Hallelujah!  Technically I'll be 37 weeks tomorrow but I am being optimistic that she'll make her big debut a little earlier than her due date.  Don't laugh.  Maybe I will be right!  And then maybe I'll be the one laughing when she does come early.  We'll see.

In other news, I did eight loads of laundry yesterday.  Eight!  You see, the diapers I am using (more on that in a later post) need to be washed three times prior to using them to get the hemp fibers in their most absorbent state.  And then I washed all of the wee-one's clothes.  And folded them.  And I caught myself smiling at the thought of actually meeting her.  She'll be here so soon!  If you think about it, though... she's already here.  She just lives inside my belly!  Soon enough, she'll come out.  And I can hardly wait. 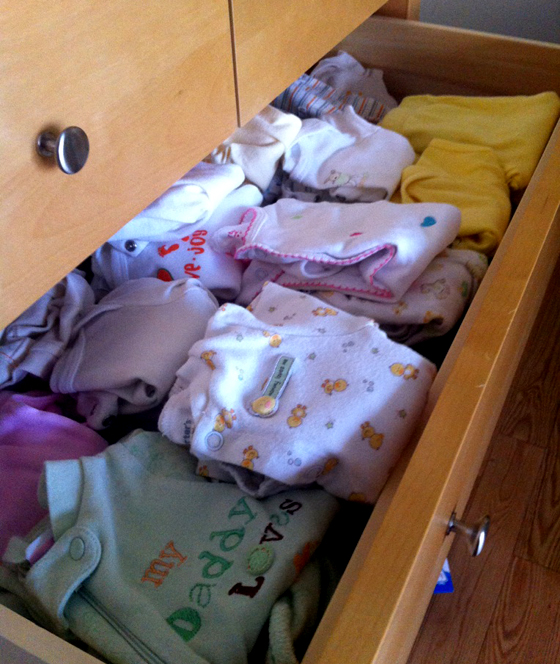 I know that looks like A LOT of stuff.  Did you have a ton of clothes for your baby?  I have bought a handful of things.  One of my co-workers didn't find out the sex of her baby so she had a TON of gender-neutral and more girly stuff that she never used with her little boy.... so she gave it all to me.  Onesies, pajamas, and swaddling blankets galore!
Posted by Unknown on Thursday, February 23, 2012
Topics: iPhone photography, oh baby, pregnancy
Email ThisBlogThis!Share to TwitterShare to FacebookShare to Pinterest