On the heels of vacation.... a deep thought. 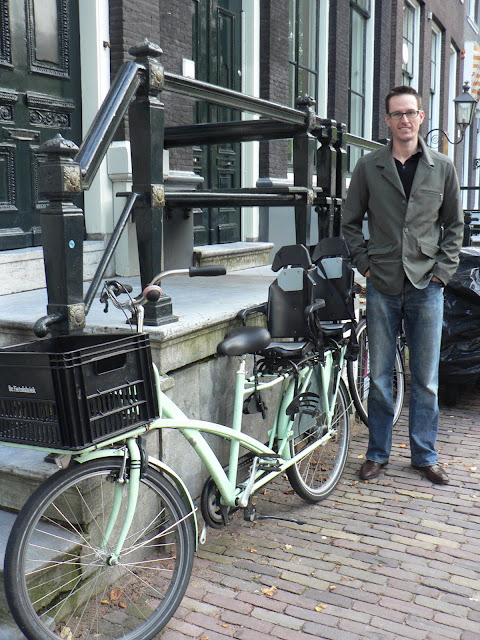 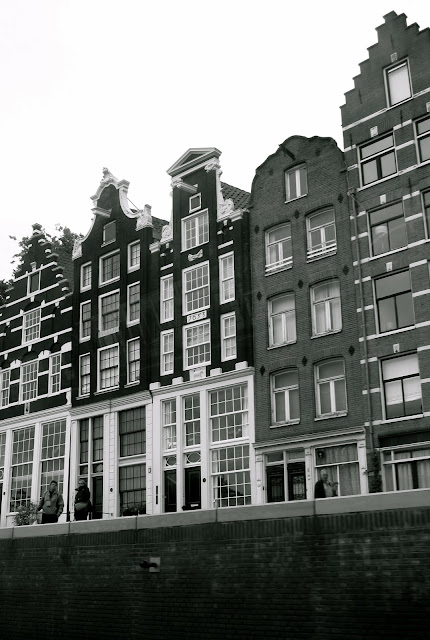 Coming home from vacation is always a bit bittersweet. On one hand,
it's nice to be back in your own bed, showering in your own shower,
and getting back into your exercise routine. On the other hand, it's
back to reality and back to the grind of daily life. Lee and I just
returned from 9 days in the Netherlands and Belgium with his parents,
Barb and Paul. Lee wanted to take his parents on a vacation in
appreciation for all that they have done for him and to show them how
other parts of the world work. We chose the Netherlands and Belgium
because the flight isn't too grueling and Lee's grandfather immigrated
to Canada from a small town in Belgium.
We started our trip in Amsterdam.....and, wow, what a beautiful city.
The architecture, the history, the canals, the food, and of course,
the beer were all wonderful. We rented a home in the West canal area
of Amsterdam and the location turned out to be perfect. Amsterdam is
a very small city and getting around is totally doable on your own two
feet. We meandered thru small, cobblestoned streets, window-shopped in
unique boutiques and ate in quaint cafes. It was so nice to spend
one-on-one time with Barb and Paul and get to know them as people, not
just 'Lee's parents.'.
After a few wonderful days in Amsterdam, we travelled by high-speed
train to Brussels, Belgium. It is amazing that in Europe you can get
on a train and travel to virtually any city in Europe via rails. Our
high-speed train reached speeds of 160 mph and got us to Brussels,
which is 130 miles from Amsterdam, in just over an hour (we had a few
stops along the way).
Brussels was also beautiful but in a different way than Amsterdam.
Brussels is more 'European' looking and is a much larger city than our
first stop. They have an underground subway system (Amsterdam has
above-ground trams) and there is significantly more cars....in
Amsterdam there are over 600,000 bikes! We loved the frites
(double-fried french fries), the waffles, the beer (of course), and
the company of each other as we explored this city. We walked a lot,
drank coffee, took in the sites, and took hundreds of photos (I took
over 500 myself).
The real reason I'm writing this, though, isn't to give a play-by-play
of our trip....the real reason I'm writing this is to discuss how much
I love the way Europeans live and how I hope to emulate that here in
SLC. To start, EVERYBODY BIKES EVERYWHERE!! And I really mean
EVERYBODY! We saw moms and dads biking with 2 kids....with 2 bike
seats on the back or with this sweet wagon-type thing on the front of
the bike. We saw young and old people biking....women in boots or
high heels and men in suits. We saw people biking with groceries,
biking with an umbrella over them while it was raining, biking while
texting (not safe!!), biking in groups....it was amazing. The other
super awesome thing about biking in Amsterdam is that bikers have the
right-of-way to EVERYONE, including pedestrians. If a car is coming
down one of the canals and encounters a biker, the car has to yield to
the biker. So cool. As a pedestrian you must be on the look-out for
bikers because they WILL mow you over. So totally cool (the
right-of-way, not the mowing over part).
The other amazing thing about Europe is the absence of fat people.
I'm not kidding....we didn't see any obese people while walking the
streets of Amsterdam and Brussels. The only time we saw fat people is
when we were at the train station (which = tourists) or at popular
site-seeing spots (which also =tourists)....and then the fatties were
abound. What does that tell you? Europeans aren't any more
'naturally thin' than their American counterparts, they just eat less
and move more. When I say 'move more' I don't mean that they go to
the gym more often than Americans... I simply mean that they use their
bodies to get around rather than their cars (which many don't even
have). They walk or bike pretty much everywhere and that, over time,
adds up to many calories burned and many pounds not gained. Believe
me, I'm not saying that these thin Europeans are eating like Saints...
I saw many locals walking around with waffles or frites or sitting at
the pub drinking beers... I just believe they do so in moderation and
they get their bodies moving more often and more frequently than most
Americans.
To demonstrate my point....an example. This morning Lee and I took
the train to the No Brow coffee shop on 3rd and 3rd in SLC. An obese
man got on the train, eating his breakfast enroute to wherever he was
going. Now while I give him props for using mass transit, I do not
give him props for his breakfast choice. His breakfast choice was a
bag of Oreos.... and I counted at least 6 in the bag. I tried to give
him the benefit of the doubt...maybe that's all that he had
available...but seriously, Oreos for breakfast? He was easily in need
of losing 100 lbs or more.
I would love for people to 'get' what I'm talking about but,
unfortunately, the car culture and the ease of fast food is deeply
engrained in the American psyche. I want to live in a place where
eco-conservation and health and walkability and using public transit
(and, and, and.....) is the rule, not the exception.
Posted by Unknown on Monday, September 27, 2010
Topics: deep thoughts, vacation
Email ThisBlogThis!Share to TwitterShare to FacebookShare to Pinterest