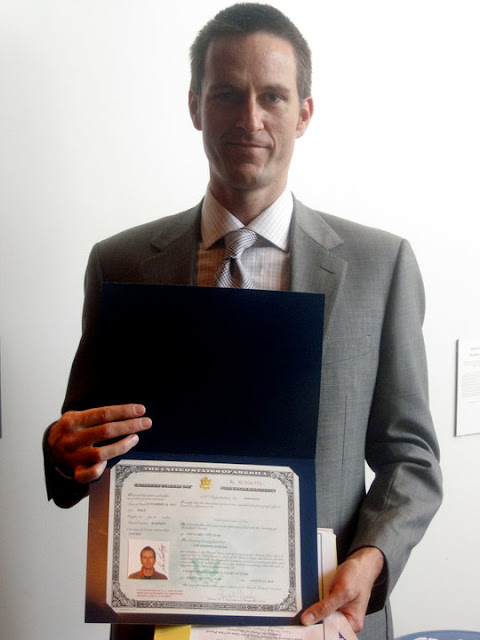 (Mugshot. I told him it was standard for new Americans.)
My husband finally did it. After 20 years of living in this country he took the plunge and became a U.S. citizen. He moved from a little town in Alberta, Canada when he was just 17 years old to the warm weather of Gainsville where he attended the University of Florida. He still identifies as a Canadian but, after living here for as long as he has, he wanted the opportunity for his voice to be heard in a political sense. Lee is a political junkie and enjoyed watching every second of the 2008 presidential election coverage. I think it hit him then that he would like to become an American so that he could join in on that process.

I was so proud to be there for his naturalization ceremony and, although he is now an American, he will always be my Canadian husband.
Posted by Unknown on Monday, August 16, 2010
Topics: deep thoughts, husband
Email ThisBlogThis!Share to TwitterShare to FacebookShare to Pinterest