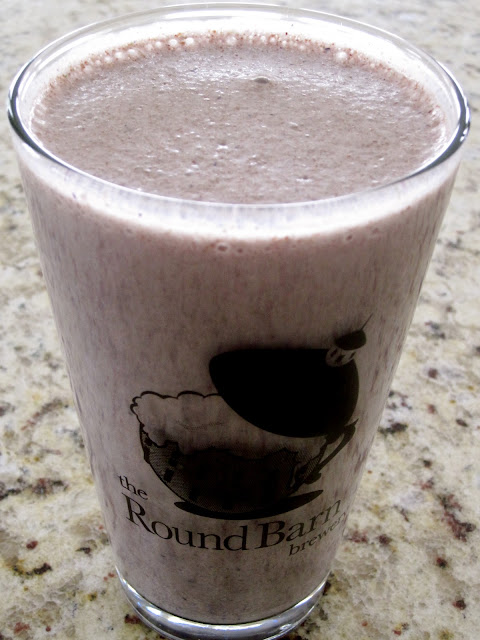 I've read soooo much about people adding 'green stuff' into smoothies but I have to admit, I've never tried it because I was pretty certain it was going to taste like a blended up salad.  Lee and I often have a smoothie after a workout but it usually consists of frozen berries, yogurt, OJ, a tablespoon of honey and protein powder.  After my run today I was making a smoothie and I thought, 'What the hell?' and I tossed some spinach in the blender.  Ooooh. Eeeeeem. Geeeee.  It was so good!  You can't even taste the spinach!  And the spinach doesn't turn the smoothie a funky green color!  It didn't even taste like a pureed salad, either!  Impressive.  When I have kids I'm totally going to trick them into eating more veggies by hiding them in stuff like smoothies.  Is that mean?

What other funky and uncommon ingredients can I add into my smoothies?  I've heard people add kale to smoothies.  Is that true?

If you have kids, how do you get them to eat more veggies if they are picky eaters?  I wasn't really a picky eater as a kid, but my sister sure was!  Rather than trick her into eating veggies, my Grandma wouldn't let her leave the table till she finished them.  And if bed time rolled around and she was still sitting there staring at her plate guess what she ate for breakfast?!  Yep, my Grandma is hardcore.